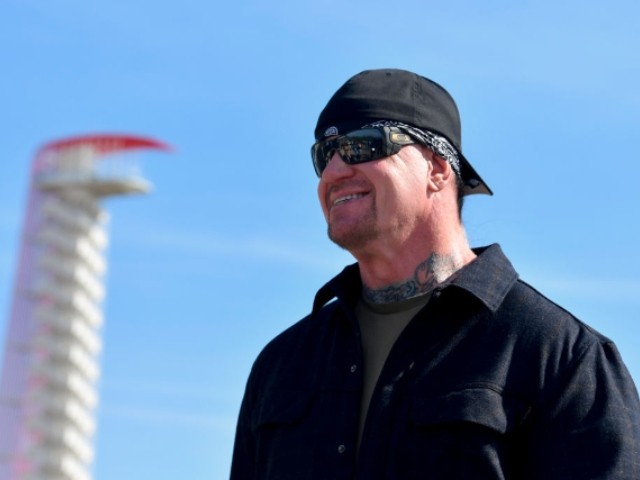 World Wrestling Entertainment star The Undertaker surprised fans by thanking his wife, Michelle, for leading him to a relationship with Jesus Christ during Friday’s Hall of Fame induction.

Wrestler Mark Calaway spoke of his family during comments about his induction into the esteemed museum and took special notice of his wife and former wrestler Michelle McCool.

“I think the greatest thing that you’ve ever done for me, though, is restore my relationship with my Lord and Savior Jesus Christ,” Calaway said as his wife and daughter sat watching nearby at the American Airlines Center in Dallas.

Calaway has spoken about his wife’s hand in helping him develop his relationship with Jesus before. A year ago, he told CBN that before his wife began bringing him to church with her, he “lived a pretty excessive lifestyle and I wasn’t living my life for God.”

The famed wrestler said he resisted going with his wife to her Austin, Texas, church because he felt he was already a “good” person and didn’t need to go to church. He also noted that he didn’t want to deal with the “brimstone” the minister would hurl his way once his presence became known in the congregation.

While he was uncomfortable at first, he soon came to appreciate the services.

“I found myself being kind of tense and pensive to kind of leaning in and like, wow this is pretty cool. And that started my journey back to leading my life the way I should,” Calaway said.

Calaway noted that he realized he was “missing out” on the life of a committed Christian, and added, “I’m not perfect. I’m still in my process. I’m getting there but I spend a lot more time these days reading my Bible.”

Video of Calaway discussing his faith can be seen here.