‘Worst Political Environment that I’ve Lived Through in 30 Years’


President Joe Biden’s campaign pollster, John Anzalone, expressed on Friday that the 2022 political environment is the worst he has experienced since Bill Clinton was elected president in 1992.

“It’s the worst political environment that I’ve lived through in 30 years,” the well-known Anzalone told Politico Playbook about Biden’s America.

Anzalone may be right. Thirty years ago, income inequality was drastically less, milk was about $1.13 per gallon, and the Soviet Union was dissolved and would soon retreat from Germany.

Today, income inequality is skyrocketing, milk costs about $4.02 per gallon, and Russia has invaded Ukraine. Inflation has reached 40-year highs. The southern border remains unsecured. Fentanyl overdoses have increased. Gas prices have soared to record highs. Weakly wages have shrunk. Supply chains have broken. And the nation has felt deeply embarrassed by the deadly Afghan withdrawal.

Anzalone said Biden’s America is in such disarray that even the Democrat-controlled Senate is under threat of being retaken by Republicans in November. Anzalone seemed to write off the House altogether.

“There’s a big difference between losing 7 and 10 seats in the House and getting your ass kicked and losing 35, 40. … I think we really have the ability to keep the Senate,” he said. “No one’s going to sit there as a Democratic consultant and try to bullshit you that this is anything but a really sour environment for Democrats.”

Sixty-nine percent of voters believe the nation is on the wrong track under Biden. Just 33 percent of Americans approve of Biden’s job performance. Less than 25 percent of voters strongly believe Biden is mentally fit, healthy, and stable. Now that Biden is president, only 36 percent of Democrats want him on the 2024 ticket.

Biden’s terrible polling brings into question if Biden will seek another term. To this question, Anzalone said he has “no idea” but noted he has “no indication that he won’t run.”

“And I think that … a lot of us feel that if Trump runs, there’s no one else that could beat Trump [other] than Joe Biden. … You go head-to-head and Joe Biden’s always ahead of him. Not by a lot — one or two points,” he claimed. “Even at his lowest approval rating, he still beats Donald Trump.”

But on this topic, polling says the opposite. 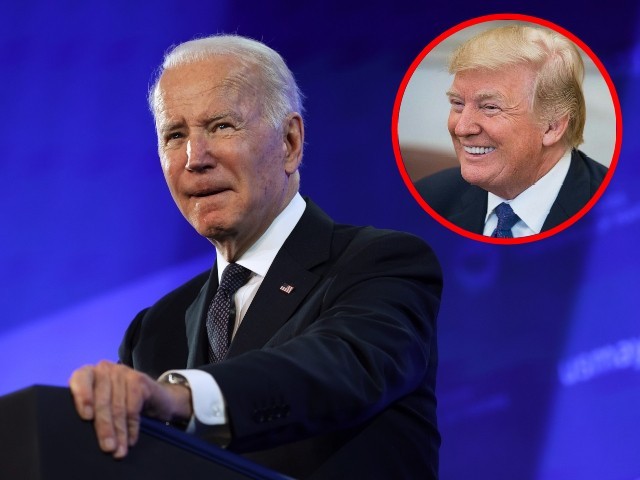 It is unknown how Anzalone’s misjudgment of current polling may negatively impact Biden’s midterm calculations. But with Republicans gaining momentum in the “worst political environment” in 30 years, the Democrats look to be headed for trouble in November.

Follow Wendell Husebø on Twitter and Gettr @WendellHusebø. He is the author of Politics of Slave Morality.