“The World Economic Forum has removed a document from its website, which revealed the attendance of the Mayor of the Chinese city of Wuhan – which hosts the lab believed to be responsible for COVID-19 –  at one of its events,” The National Pulse revealed.

Why is the World Economic Forum erasing files that show Chinese Communist Party officials from Wuhan attending its events?
https://t.co/Tz7lWpLAog

Former Wuhan Mayor Tang Liangzhi is included on the World Economic Forum’s (WEF) list of attendees to its 2013 “Meeting of the New Champions.”

The Chinese-hosted event is described by the WEF as the “premier gathering in Asia of leaders of multinational corporations [and] governments.”

As the WEF meeting summary explains, “the meeting was held in close collaboration with the Government of the
People’s Republic of China.”

The National Pulse had the scoop:

A link containing a 42-page document, which revealed hundreds of attendees at the event, reroutes users to an error page reading “Apologies – this section of our website is currently unavailable.” An archived version of the webpage, however, reveals a document containing a list of the event’s participants, including the then-Mayor of the Wuhan Municipal Government Tang Liangzhi. 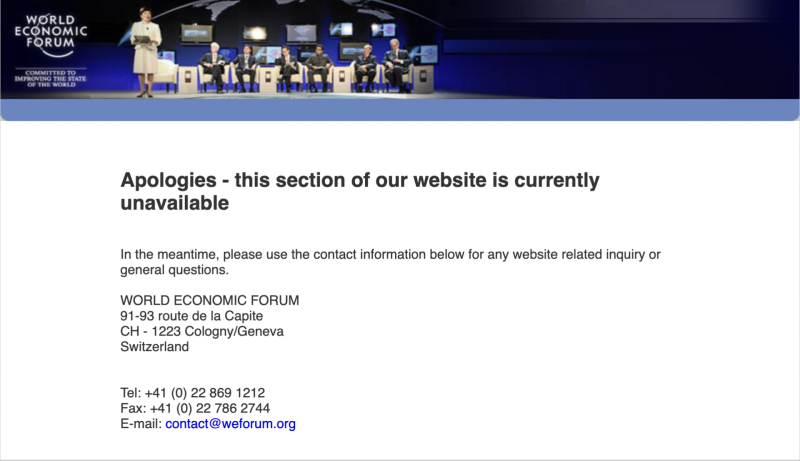 Tang, 61, served as Mayor of Wuhan from 2011 to 2014 before serving in the same role in other cities including Chengdu and Chongqing. He was later promoted in December 2021 to the Party Branch Secretary of the Anhui Provincial Committee of the Chinese People’s Political Consultative Conference (CPPCC), which has been identified as the “highest-ranking entity overseeing” China’s United Front by the U.S. government.

The effort aims to “to co-opt and neutralize sources of potential opposition to the policies and authority of its ruling Chinese Communist Party” and “influence overseas Chinese communities, foreign governments, and other actors to take actions or adopt positions supportive of Beijing’s preferred policies.” The U.S. State Department also compares the United Front to the Chinese regime’s “magic weapon” to compromise Western politicians and elites.

Tang’s ties to Wuhan follow controversy of the city and one of its premier laboratories, the Wuhan Institute of Virology, potentially being the source of COVID-19. The lab, which is under the control of the Chinese Communist Party, manipulated bat coronaviruses with striking genetic similarities to COVID-19 to become deadlier to humans.