‘We’re in Trouble’ if Democrats Shun Far-Left Base 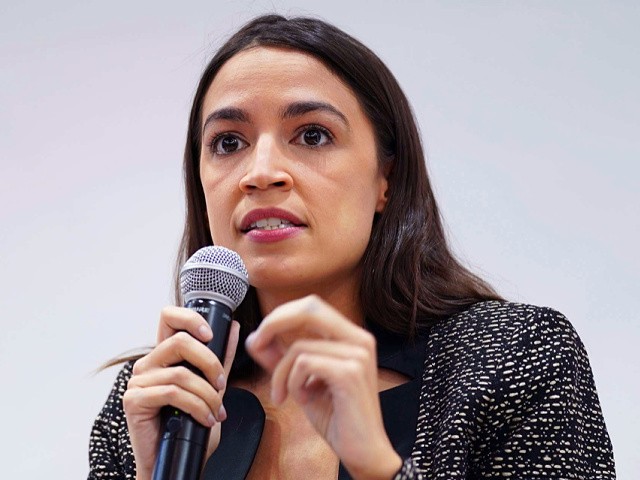 Rep. Alexandria Ocasio-Cortez (D-NY) has warned that Democrats will be in for a world of trouble in the 2022 midterms if they do not play to the far-left progressive base.

Speaking to New York Magazine, the far-left congresswoman criticized President Joe Biden for his failure to pass the Build Back Better agenda, blaming it on his nostalgia for a bygone political era when deals could be reached over a round of bourbon and cigars.

“I have the utmost respect and confidence in the president, but I just felt like we called two different plays on this one,” said AOC. “I think that there is a sense among more senior members of Congress, who have been around in different political times, that we can get back to this time of buddy-buddy and backslapping.”

“I think there’s a real nostalgia and belief that that time still exists or that we can get back to that,” she added.

Heading into the 2022 midterms, with Republicans poised to take back the necessary seats in the House, AOC said that Democrats need to lean into the far-left progressive base if they want to have a shot at keeping Republicans out of leadership:

We need to acknowledge that this isn’t just about middle of the road, an increasingly narrow band of independent voters. This is really about the collapse of support among young people, among the Democratic base, who are feeling that they worked overtime to get this president elected and aren’t necessarily being seen.

AOC suggested that Biden start legislating from the executive branch with executive orders aimed to fight climate change, lower health care costs, and cancel student loan debt, all of which will surely face Supreme Court challenges in the same way his (failed) vaccine mandate did.

“If the president does pursue and start to govern decisively using executive action and other tools at his disposal, I think we’re in the game,” she said. “But if we decide to just kind of sit back for the rest of the year and not change people’s lives — yeah, I do think we’re in trouble.”

“So I don’t think that it’s set in stone. I think that we can determine our destiny here,” she added.