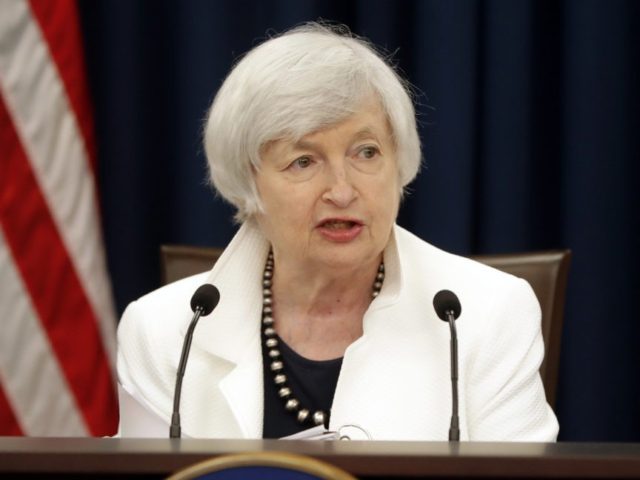 In an interview with CNBC’s “TechCheck,” Treasury Secretary Janet Yellen predicted that the United States would have to “put up with inflation for a while longer.”

Yellen said the U.S. economy “has been remarkably resilient” given the pandemic, supply chain issues, war in Ukraine and “commodity price increases.” Despite touting the economic recovery, she advised that the ongoing Russian attack on Ukraine would “prolong inflationary pressures.”

“The stock market — I don’t take as a reflection of the underlying strength of the economy,” Yellen stated. “I think the U.S. economy has been remarkably resilient. And when you think of all the shocks that have afflicted the U.S. and the global economy, the pandemic, now the war, Russia’s war in Ukraine, commodity price increases, supply chain issues, the U.S. labor market is doing extremely well. And frankly, I take that as the strongest indication of how the economy is doing, and we have continued to create jobs and are back above pre-pandemic levels in terms of output. So, I think the U.S. economy has been very resilient in the face of an enormous set of shocks.”

Yellen was asked if inflation was going to get worse or if it had peaked.

“Well, it may have peaked, but, look, you know, inflation has been high. And I think the shocks emanating from this unjustified attack on Ukraine will prolong inflationary pressures,” she replied. “So, the outlook is uncertain. As you know, the Fed is taking steps to bring inflation down, but I think we will have to put up with high inflation for a while longer.