‘We Are Concerned’ about Courts ‘Getting Involved in’ Health Decisions, Transit Mask Mandate Shouldn’t Be ‘a Court Issue’ 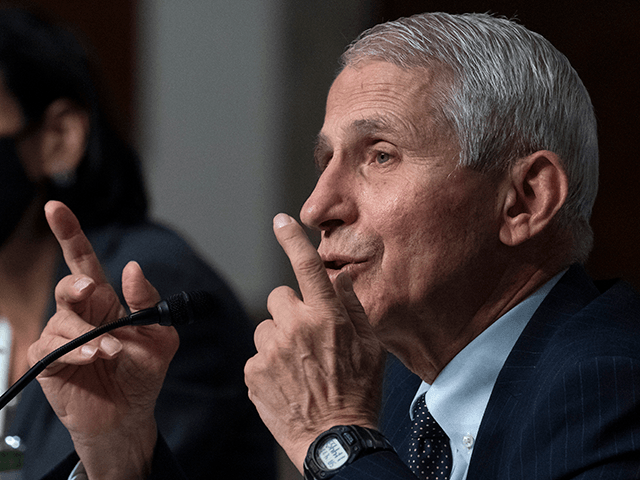 During an interview aired on Thursday’s edition of CNN+’s “The Source with Kasie Hunt,” White House Chief Medical Adviser and Director of the National Institute of Allergy and Infectious Diseases (NIAID) Dr. Anthony Fauci reacted to the CDC’s transportation mask mandate being struck down in court by stating that “we are concerned…about courts getting involved in things that are unequivocally public health decisions. I mean, this is a CDC issue. It should not have been a court issue.”

Fauci said, “[T]hose types of things really are the purview of the CDC. This is a public health issue, and for a court to come in — and if you look at the rationale for that, it really was not particularly firm — and we are concerned about that, about courts getting involved in things that are unequivocally public health decisions. I mean, this is a CDC issue. It should not have been a court issue. So, we’re hoping that the inevitable increase in cases which we’re seeing are not going to be associated with an increase in hospitalizations. So, [with] all of these dynamic things going on at the same time, it was perfectly logical for the CDC to say, wait a minute, we were planning on ending this mandate on a certain date. Let’s wait a period of time until May 3, which was a very sound public health decision. So, for a court to come in and interfere in that is really unfortunate.”

He continued, “It’s unfortunate because it’s against public health principles, number one. And number two, it’s because that’s no place for the courts to do that. This is a CDC decision, and that’s very bad precedent when you have courts making a decision, and looking at what the basis of the decision was, it was not sound.”