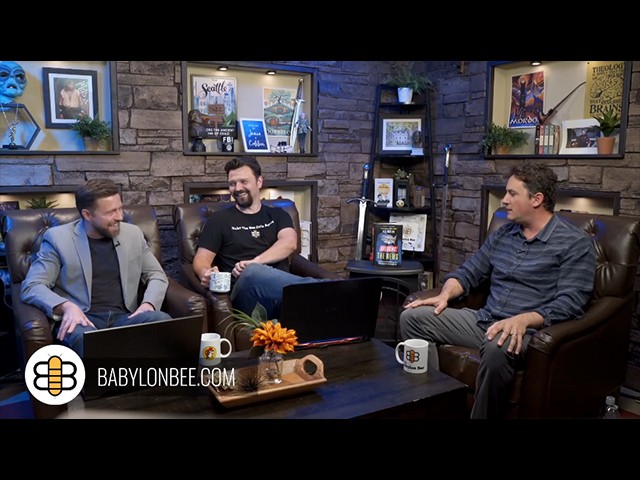 Breitbart News Editor-in-Chief Alex Marlow recently appeared on The Babylon Bee podcast where he discussed a range of topics, from Big Tech’s censoring of conservative outlets to China’s influence on the corporate media.

Speaking with hosts Adam Yenser and Kyle Mann, the discussion first centered on Twitter’s censorship of The Babylon Bee before segueing into the “top five worst purveyors of fake news.” Alex singled out NPR when recalling the Hunter Biden laptop story and the broader media’s treatment of Breitbart political editor Emma Jo-Morris.

“The fact that they were the worst on that story is very telling,” he added.

On the broader subject of fake news, Alex reiterated arguments laid out in his book Breaking the News by characterizing the establishment media less as an ideologically motivated cabal and more as a collection of self-interested conglomerates pushing false narratives to protect their bottom lines, such as the benefits of unfettered free trade with China.

“Is Disney just Disney or is Disney part of ABC Disney with ABC News,” he said. “ABC News has a parent company that has theme parks and resorts in China. So, do you think China, which gives permission for all these theme parks to exist, you think they’re going to be very kind to ABC if ABC is really investigating the origin of the pandemic? Of course not.”

Later in the interview, Alex discussed how fact-checking outlets give a virtual pass to more left-leaning outlets while crushing conservative outlets with “False” ratings by playing with semantics.

“But that’s what they’re here to do!” Alex said. “They’re here to make our lives difficult. They’re not here to actually bring integrity to the American news landscape. They start with a premise: ‘Find a way to reveal that Breitbart is wrong … Find a way to have a brick thrown through your window, so that you waste your time. That’s their goal.”

On a more light-hearted note, later in the program, Alex squared off in a battle-of-wits with Babylon Bee editor-in-chief Kyle Mann as the two guessed whether or not certain outlandish headlines were true or false.