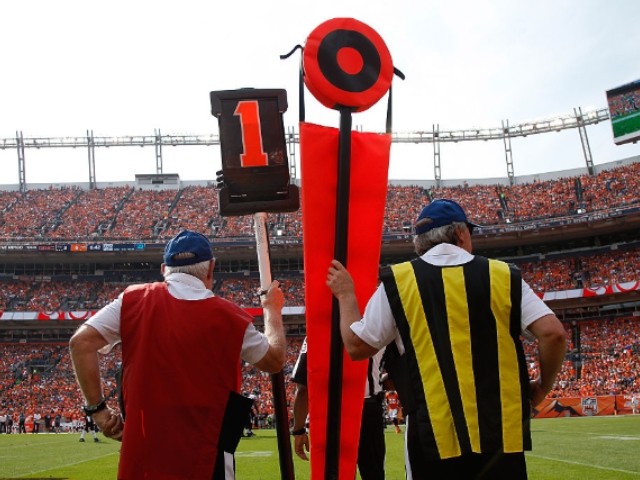 This is not your daddy’s USFL.

The USFL will break with the tradition of using chains to measure for first downs. Instead, the new league will use a microchipped football, and the yellow line fans have come accustomed to seeing on TV.

The league debuted the new system during a preseason game on Friday night.

First down measurements that are more accurate than ever 🔥

Take a look at the first down technology that will be featured this season in the USFL ⬇️ pic.twitter.com/fLT2boDOVd

The new league will also outfit two players from each team with helmet cams and use drones to increase the number of camera angles.

The NFL already has a chip in every football, but it uses those chips only for its Next Gen Stats tracking data, and not for officiating. That’s because the chips in the middle of every ball just aren’t accurate enough to locate where a football is to the inch. The data works fine as a good approximation of where the ball is, give or take the length of one football. But it doesn’t tell you whether a third down play just barely picked up the first down, or whether the offense should be facing fourth-and-inches.

The USFL debuts on April 16 on Fox and NBC.