The United States exported the largest quantity of oil and petroleum products in history — despite Joe Biden’s efforts to shut down domestic oil production — the week ending April 15, as countries around the world try to shore up supplies during oil-rich Russia’s war on Ukraine.

Oilprice.com reported on the data from the U.S. Energy Information Administration (EIA):

The United States’ crude and petroleum exports surged to an all-time weekly high of 10.6 million b/d during the week ending April 15, with the country’s exports outweighing its imports by the most ever in government data going back to 1990.

Unlike its EU counterparts, the U.S. has never been heavily reliant on Russia for its energy imports, typically importing less than 3% of its need from Russia. Now, the United States is playing a major part in helping fill the gap left by mostly EU countries self-sanctioning against Russia’s energy.

The U.S. can thank that notable milestone after achieving the status of “the energy supplier of last resort” after Russia’s invasion of Ukraine drove buyers to turn to it for everything from crude to motor fuel and liquefied natural gas. The majority of Western companies and trading firms have been pulling energy investments after multiple governments including the U.S., UK, and Canada imposed heavy sanctions on oil imports.

“Strong exports have been driven by a pull to Europe and we should expect strength in the weeks ahead,” Matt Smith, an oil analyst at the market intelligence firm Kpler, told Bloomberg.

The high demand for U.S. oil is also draining domestic supply and is driving up prices in a supply-constrained marketplace. The website report said the U.S. crude stocks fell by more than eight million barrels — the largest drop since January 2021. 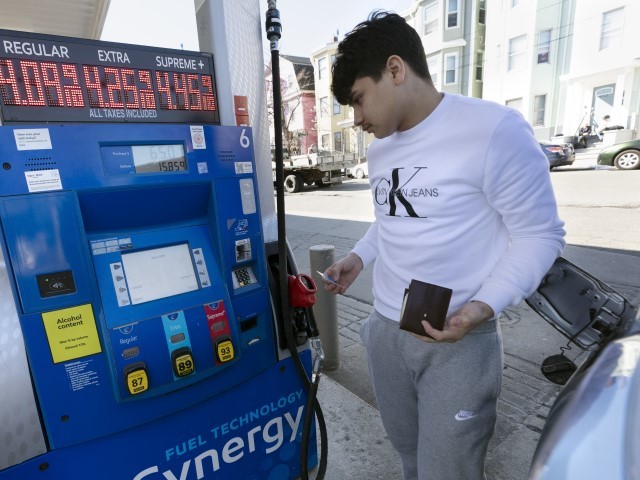