Will he stay or will he go? Not even Sen. Mitt Romney (R-UT) can answer that question regarding a possible run for re-election in 2024.

Romney told the Hill a second term is not really at the forefront of his current thinking.

“I’m going to cross that bridge down the road. I haven’t given a lot of attention yet,” he said following his recent support for Ketanji Brown Jackson, the first Black woman to be elevated to the Supreme Court.

As Breitbart News reported, Romney won gushing praise from President Joe Biden for standing with him behind Jackson’s confirmation.

Romney voted to confirm Jackson to the Supreme Court, despite voting against her nomination in 2021 to become a circuit judge for the District of Columbia Circuit. Romney has not explained why he flip-flopped on his decision. 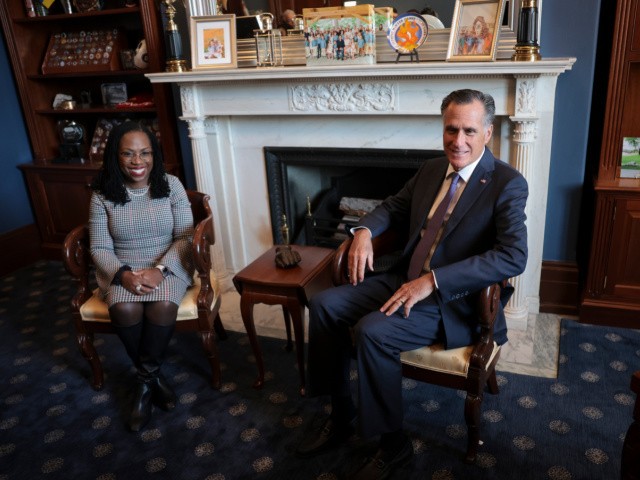 As to the future, Romney, 75, clearly hasn’t spent much energy on fundraising.

The slim financial numbers come as a challenge from Republican state Attorney General Sean Reyes, who supported Trump’s efforts to overturn the results of the 2020 election, may appear to be on the horizon.

Sen. Mitt Romney (R-UT) is likely to face Utah’s Attorney General Sean Reyes in the Republican primary, according to a report. https://t.co/vXkpe4O4fz

“I think that’s why he is giving this some pause. He will have a tough race with the Republican nomination process,” Richard Davis, a professor emeritus of political science at Brigham Young University, told the news outlet.

Romney was personally recruited to the Senate by Senate Minority Leader Mitch McConnell (R-Ky.) in 2017.