Yesterday, interviewer and controversy junkie Piers Morgan released a deceptively edited clip on social media appearing to show a contentious end to an interview between himself and former President Donald Trump.

The clip released by Morgan’s team appeared to show Trump getting angry and storming out mid-interview, likely a ploy to increase ratings for Morgan’s new show, Piers Morgan Uncensored. 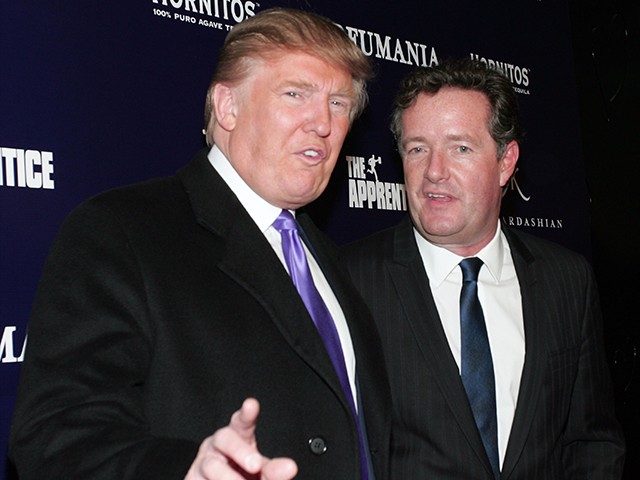 While Morgan may be uncensored, it appears clips from his show are not — or, at least, they are deceptively edited to mislead viewers. Audio provided to Breitbart News from Donald Trump’s team shows there was no contentious end to the interview, and that the former President did not storm out before it was concluded.

Former president Donald Trump walked out on an interview with Piers Morgan after the British broadcaster challenged him about his false claims about widespread voter fraud in the 2020 election. https://t.co/wHIUIVhDEL

Despite, this, tweets and unedited articles from corporate media organizations that got the story wrong continued to spread freely on Twitter, despite the far-left Silicon Valley company’s stated commitments to “protect” users from alleged misinformation.

Twitter also has a specific rule against “deceptively edited media,” which the platform used as a pretext to take down clips of embarrassing Joe Biden gaffes shared by Donald Trump during the 2020 election campaign.

Morgan’s clip certainly meets any reasonable definition of “deceptively edited,” yet Twitter has taken no action.

“Piers Morgan, like the rest of the Fake News Media, attempted to unlawfully and deceptively edit his long and tedious interview with me,” Trump said. “He wanted to make it look like I walked out on the interview when my time limit of 20 minutes went over by an hour. The good news is that the interview was taped by us as a means of keeping him honest. The interview was actually very strong on the 2020 Election Fraud, with me calling him ‘a fool’ if he truly believed those results.”