Elon Musk once again demonstrated his ability to send Twitter’s far-left users into rabid bouts of rage yesterday. In the latest meltdown, all that was required for Musk to send the platform’s liberal and progressive users into rage mode was him signaling that he read a single Breitbart News article.

Earlier this week, Breitbart News broke the story that 11 of the 26 NGOs who signed a letter of intimidation to Twitter’s advertisers were backed by money from the Bill & Melinda Gates Foundation. 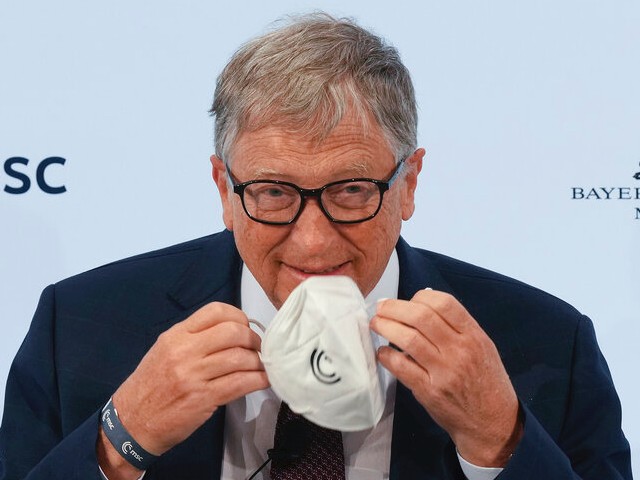 Musk responded to the Gates revelations on Twitter, saying “what a dick move!”

What a dick move!

Simply acknowledging Breitbart’s reporting was enough to send the platform’s left-wing users into fits of rage.

Breitbart is the Elon Musk of white supremacist media outlets.
Or, maybe you’re the Breitbart of delusional billionaires.
Either way, you’re both really bad for humanity and it makes total sense you’d affirm them.
Really making good on that “I’m going anger both sides” garbage. https://t.co/0FqNW7rrn1

I think Elon Musk is a fascist dumbass who can’t even tie his shoes.

“Elon Musk is a fascist dumbass” said The USA Singers, an organization which, according to its Twitter bio, “makes resistance music.”

Wherein the guy who wants to own this platform buys the premise behind the most Breitbart of all Breitbart “articles”.

The notorious far-left outfit Sleeping Giants, which engages in similar tactics to the anti-musk NGOs, spreading smears about conservative media to major advertisers in an attempt to cut off their revenue, also expressed their displeasure, calling Musk a “clown.”

Have you asked for evidence of this claim? Breitbart is propaganda and is known for spreading lies.

In this tweet, David Weissman, who writes for a publication called “Occupy Democrats,” unironically accuses other people of writing “propaganda.”

I know it will shock you to hear this but this from Breitbart and Elon is false pic.twitter.com/5VLATCMHT4

“This from Breitbart and Elon is false,” said alleged tech journalist Teddy Schleifer (the source for the information in the article was public disclosures from the Bill & Melinda Gates Foundation).

No attacks on Elon Musk. No attempt to somehow tank tesla stock, though they try to imply that. No attacks on the principles of free speech. Just another bullshit Breitbart story.

Dan Tynan, an allegedly “award-winning” writer claimed that NGOs telling Twitter advertisers to boycott the platform if it stops censoring users, including politicians, isn’t an “attack on the principle of free speech,” that Bill Gates shorting Tesla wasn’t an attack on the company’s stock, and that the combined attack on Musk’s free speech goals from both Gates and the NGOs his foundation supports wasn’t an “attack on Musk.”

The phenomenon of Musk Derangement Syndrome (MDS) is now well established. The SpaceX and Tesla CEO’s plans to restore free speech on Twitter had everyone from progressives to neoconservatives howling in anger last month.

After news broke that Twitter planned to accept Musk’s deal, many progressive users of the platform threatened to quit the platform.

In addition to Gates-backed leftist NGOs pressuring Twitter’s advertisers to boycott the platform, leftist organizations have, in desperation, turned to the federal government to shore up their censorship regime — only to be rebuffed by both Republican FCC commissioners.

Allum Bokhari is the senior technology correspondent at Breitbart News. He is the author of #DELETED: Big Tech’s Battle to Erase the Trump Movement and Steal The Election. Follow him on Twitter @LibertarianBlue.