‘Tucker Carlson Should Be Arrested and Tried for Sedition’ 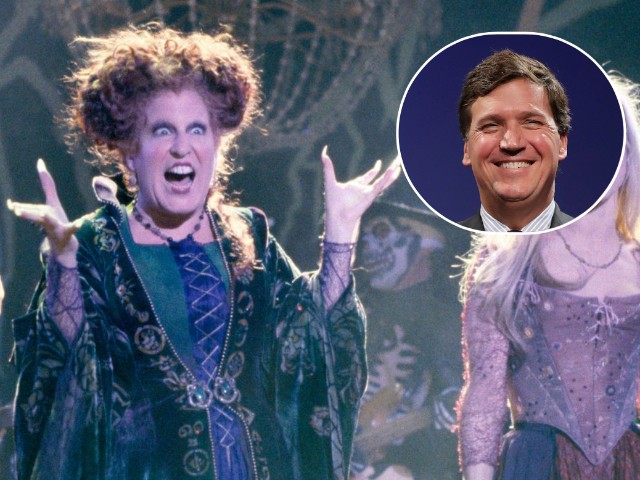 Bette Midler, star of Disney’s upcoming Hocus Pocus 2, routinely doles out left-wing diatribes on Twitter, and this week she went all in calling for the arrest of Fox News host Tucker Carlson who she says should be “tried for sedition and fomenting insurrection.”

Midler insisted that Tucker Carlson, Newt Gingrich, and Rupert Murdoch should be arrested for daring to speak out in support of conservative ideals.

“Tucker Carlson should be arrested and tried for sedition and fomenting insurrection,” Bette Midler bloviated on Wednesday. “Murdoch should have his citizenship revoked; the damage he continues to do to our democracy will soon become irreparable. Newt Gingrich should be clapped in irons for getting him past the FCC.”

#tuckercarlson should be arrested and tried for sedition and fomenting insurrection. #Murdoch should have his citizenship revoked; the damage he continues to do to our democracy will soon become irreparable. #NewtGingrich should be clapped in irons for getting him past the #FCC.

Who needs the Constitution?

Midler is no stranger to wild-eyed, anti-American, proclamations. She most recently got herself in Dutch — even with many of her own, left-wing fans — when she tweeted an insult aimed at mothers who can’t breastfeed their babies.

After tweeting, “TRY BREASTFEEEDING! It’s free and available on demand,” the extremist, left-winger was blasted for being “insensitive,” and “cruel,” as well as lacking empathy for mothers who are not able to breastfeed.

According to the Chicago Tribune, up to five percent of mothers are physically unable to breastfeed. And the New York magazine added that as many as 15 percent experience problems that limit the amount of milk they can produce or shortens the amount of time they can breastfeed forcing them to seek alternatives.

The attack on women who cannot breastfeed is not the only recent tweet Midler posted that brought her a fresh flurry of backlash.

The same week she attacked women who can’t breastfeed, Midler also urged women and girls to “take a knee” during the national anthem in the wake of the leaked draft U.S. Supreme Court decision that would over turn Roe v. Wade.

Like many another leftist, Midler also went all in for grooming children for dangerous sexual activity by opposing Florida’s anti-grooming bill, the Parental Rights in Education law that bans exposing kids to sexuality and transgender ideology in kindergarten through third grade.

Midler also recently proclaimed that the Jan. 6 riot in the nation’s capital was “a shock just as great as 9/11.”