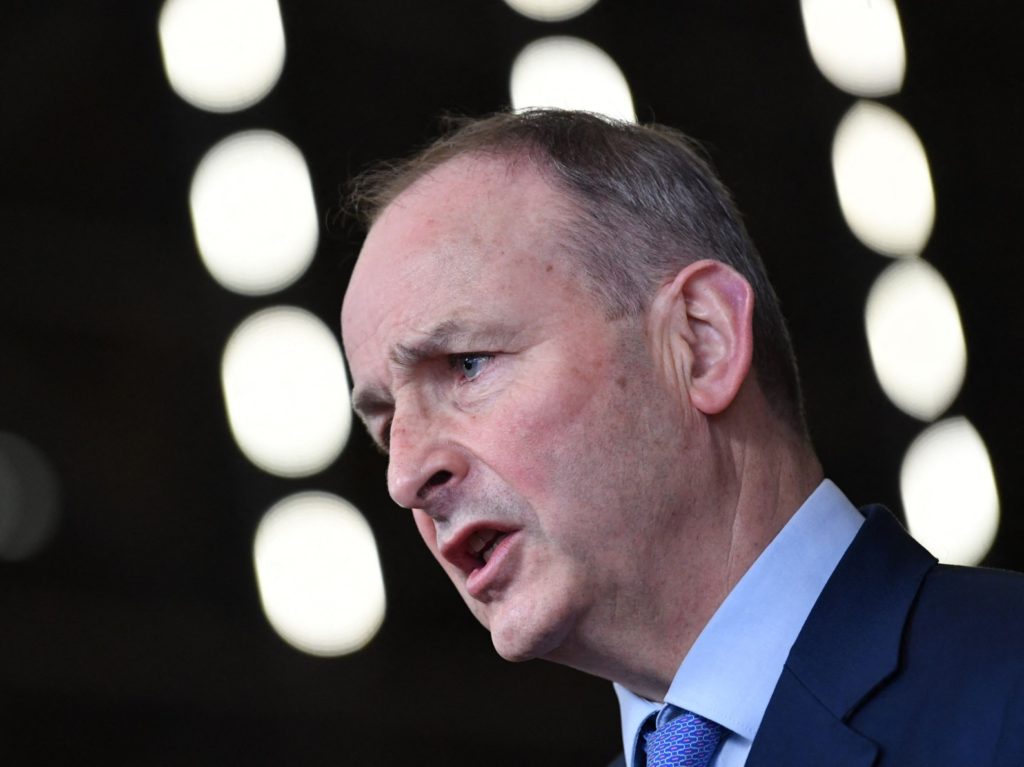 Ireland is beginning to see itself buried under a migrant crisis of biblical proportions, with towns in the country’s west seeing their populations double due to the surge in refugees.

Officials from towns and villages across the West of Ireland have called for government assistance after seeing their populations spike thanks to an influx of migrants and refugees, many of which are from Ukraine.

Now, as some locations see their population double as a result of the migration surge, some are warning that local infrastructure and people are “treading water”.

According to a report by The Times, small towns across the country’s Atlantic coast have been struggling to deal with massive swells in their population, with the likes of schools and post offices — which are responsible for the provision of certain financial assistance — struggling to cope with increased demands.

Of particular note is the town of Lisdoonvarna which has seen its population go from 800 to nearly 1,600 within four weeks, and Ballyvaughan, which has gone from only 250 people residing in the seaside town to 510.

“There’s been so much goodwill here. However, we are treading water, still on adrenalin,” said Robert Wainwright of the Burren Community Development regarding the influx, while local volunteers talked of a lack of supplies and Ukrainian translators.

A video of an Irish “citizen journalist” questioning a number of South Asian men claiming to be 60-year-old Ukrainian refugees has gone viral, with the footage prompting questions about the people being given asylum in Western Europe https://t.co/OF5fuS0Qwq

When it comes to the migration crisis, which has erupted as a result of Russia’s war in Ukraine, Ireland has been particularly liberal in its open-borders approach to those looking to enter its territory.

The country’s Prime Minister, Micheál Martin, has even gone so far as to say that his government’s “humanitarian response” trumped any security concern that may come out of bringing hundreds of thousands of people to the island, despite warnings from intelligence officials in the neighbouring United Kingdom.

However, it appears in promising to take in around 200,000 refugees — roughly four per cent of the country’s total population — the Irish government has bitten off far more than it can chew, with authorities struggling to find housing for migrants in a nation that is already suffering from a crippling housing shortage.

Officials are now desperately fighting to obtain emergency accommodation for the up to 32,000 migrants expected to be in the country by the end of this week, with the government’s plan of roping in the public to house migrants seemingly falling flat, with at least half of the refugee accommodation offers received by the government falling through.

What’s more, some members of the public have begun to express doubt in regards to the exact origin of some of those claiming refuge in Ireland, with one video of citizen journalist Philip Dwyer quizzing a number of men who were claiming to be refugees from Ukraine going viral online.

In the footage, the south-asian men claim to originally be from Kashmir, but maintained that they were nevertheless citizens of Ukraine.

When asked by the journalist why they were not drafted into fighting Russia by the Ukrainian government, the men claimed it was because they were over the age of sixty.

“You’re very young looking for your age, if you don’t mind me saying so,” Dwyer noted.

Meanwhile, in France, some politicians have claimed that up to a third of people claiming to be refugees coming from Ukraine are actually illegal migrants exploiting the war to enter their country illegally.