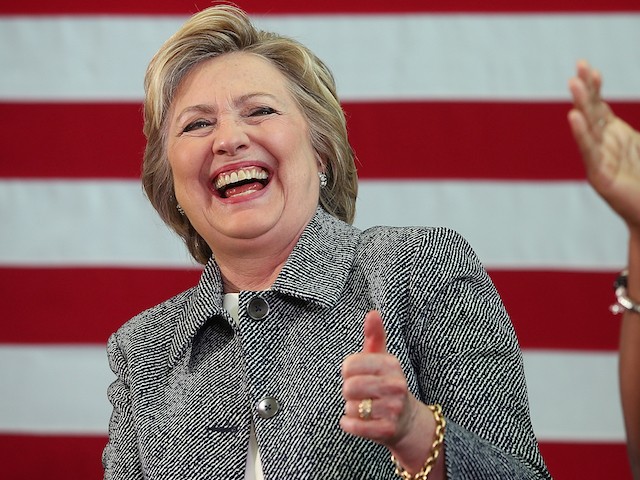 As many as three donors to Hillary Clinton’s past presidential campaigns are members of the jury in the trial of former Clinton campaign lawyer Michael Sussmann in Washington, D.C., who faces the sole charge of lying to the FBI.

Prosecutors working with Special Counsel John H. Durham contend that Sussmann concealed his work for the campaign when passing along information to the FBI about an alleged link between then-candidate Donald Trump and Russia, via Alfa Bank.

The Alfa Bank claim was later found to be baseless, and witnesses said this week that Sussmann’s alleged deception gave him status as a confidential source that meant FBI agents could not ask further questions about the basis for his allegations.

But all of the testimony — including the explosive claim by former Clinton campaign manager Robby Mook that she herself personally approved the leak of the Alfa Bank theory to the media — may be for naught, given the makeup of the jury.

Special counsel John Durham’s team objected to putting one Clinton contributor on the panel after the man said he would “strive for impartiality as best I can.”

Another Clinton supporter, a former bartender who appeared to be in her 20s, said she’d also donated to progressive firebrand Ocasio-Cortez (D-The Bronx, Queens) but was put on the panel after a Sussmann defense lawyer told her that neither Clinton nor former President Donald Trump were on trial and asked if she could be impartial.

Another woman, who appeared to be in her 40s, said she likely donated to Clinton’s 2016 campaign but wasn’t entirely sure.

Yet another juror had a husband who worked on Clinton’s first failed presidential campaign in 2008, but was not struck.

Writing in The Hill, George Washington University legal scholar Jonathan Turley observed that Sussmann had received indulgences that were denied to former National Security Advisor Michael Flynn, who was prosecuted for the same crime.