‘The Waste Land’ and the Stock Market


The narrator of T.S. Eliot’s “The Waste Land” supposed that April was the cruelest month precisely because it was a time of awakening and revival after the long, comfortable slumber of winter. You are not really supposed to agree with that sentiment, although for over a hundred years people have insisted on quoting Eliot’s poem as if the poet himself despised April.

For the stock market, April has indeed been the cruelest month in part because it has seen a blossoming awareness that inflation is not going to die of exhaustion after hitting 40-year highs. Evidence of this could be seen in remarks from Fed officials this week.

Let’s start with Mary Daly, one of the most dovish members of the Federal Open Markets Committee. She made it clear that she supports a 50 basis point hike at the next meeting and foresees an “expeditious march” to a neutral rate by the end of the year. Daly even went so far as to say that a “mild recession” would count as a smooth landing. Her own forecast is that the economy is likely to slow to “something that looks like below-trend growth, but not tip into negative territory, but could potentially tick into negative territory.”

When the doves are talking about pushing the economy into below trend growth or even contraction, we’re no longer dealing with the conviction that we will achieve “immaculate disinflation,” or the end of inflation without economic pain.

Fed Chair Jerome Powell’s remarks on Friday sealed the deal for a 50 basis point hike at the May meeting and probably at the June meeting. Many analysts are now saying we should expect another 50 in July. There’s even some chatter of a “mega-hike” of 75 basis points at one or more of those meetings. That’s still very much a minority view on Wall Street; but we’ve said before that the Fed probably needs to get ahead of market expectations in order to tame inflation, so we would not rule out a bigger than expected hike. 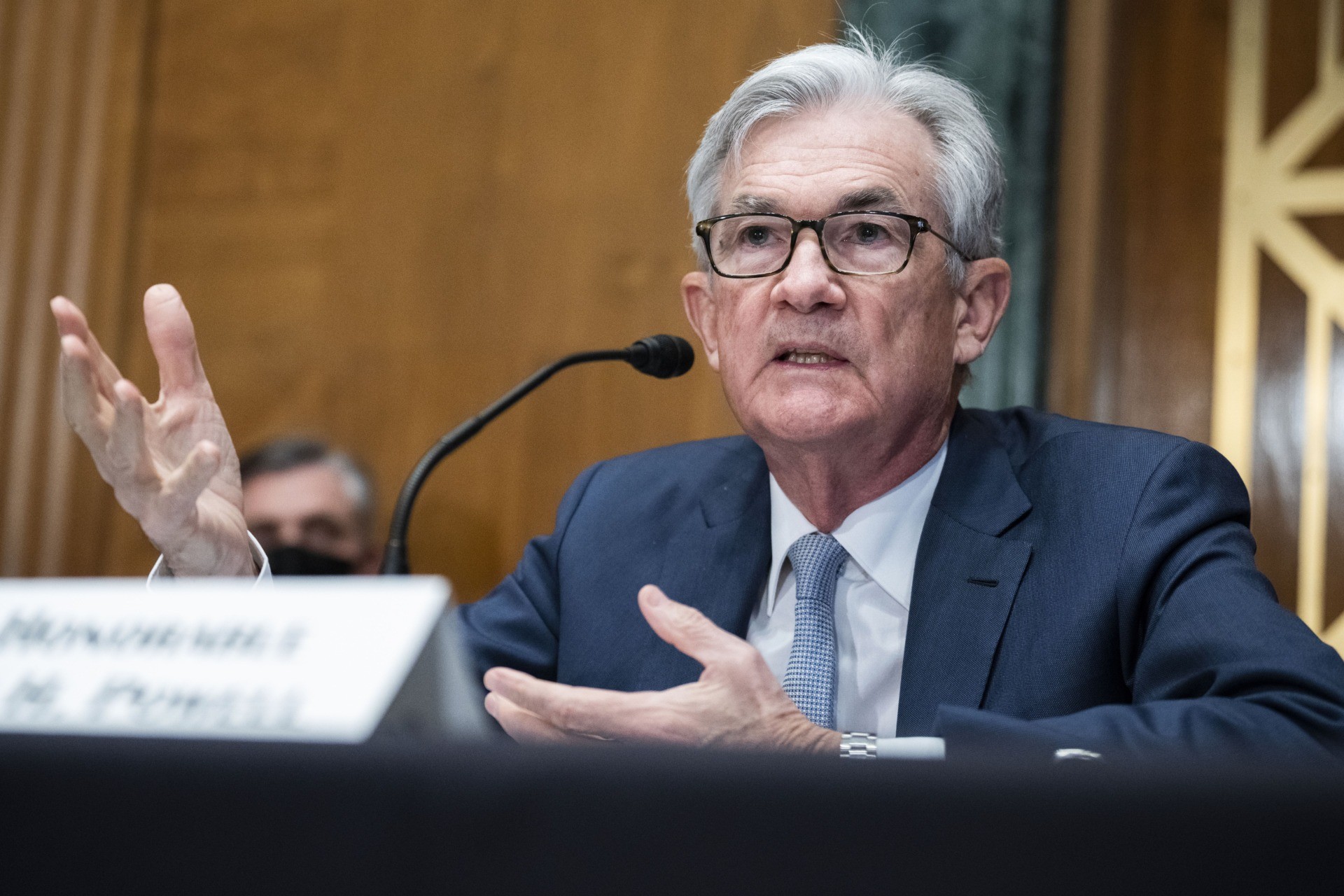 It was exactly one month ago that Powell botched his initial attempt at a “hawkish turn” in a speech to the annual convention of the National Association of Business Economists. Instead of markets tightening financial conditions—which means, lowering stock market valuations and raising bond market yields—stocks jumped, with the Nasdaq gaining 1.95 percent. The five-year breakeven rate, which is the inflation rate implied by the prices of 5-year Treasury bonds and inflation-protected Treasury securities, kept climbing toward an all-time high of 3.59 percent.

This time around was much more effective. The Dow Jones Industrial Average fell by more than 980 points on Friday, for a decline of 2.82 percent. Stocks have now fallen for four straight weeks, and the 10-year Treasury’s yield is 2.904 and closing in on three percent. The 5-year breakeven rate has come down to 3.37, which is still mighty high but headed in the right direction. This is the tightening of financial conditions Powell needs.

One reason breakevens might not be moving even more is that by all indications, inflation is still headed higher. The Beige Book was full of talk of businesses facing still higher costs and successfully passing those on to their customers. Today’s flash composite Purchasing Managers’ Index (PMI) read showed that input inflation in the services sector is at its highest level since data started being collected more than a decade ago. Gasoline, thankfully, is down from a month ago, which could reduce some of the headline month-over-month gain. Used cars are probably headed lower also. But all other indications are that inflation is not peaking but still gaining steam.

April showers, a simpler poem holds, bring May flowers. Or, for our purposes, the too long-awaited jump in interest rates.