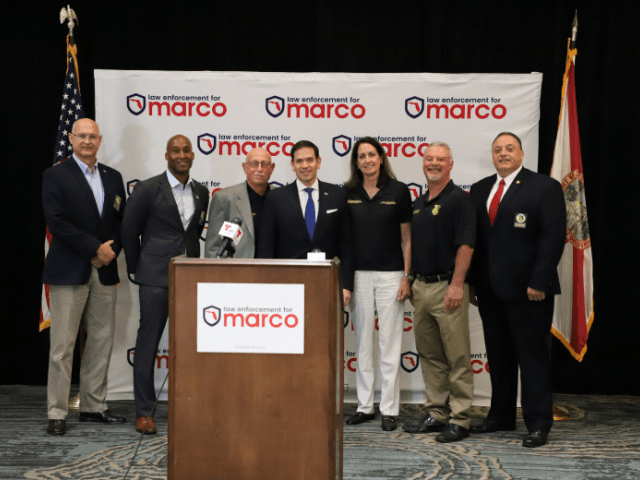 “On behalf of the Florida Police Chiefs Association, we are honored to endorse Senator Marco Rubio for reelection to the U.S. Senate,” FPCA president and Daytona Beach Shores Public Safety Department Director Stephan Dembinsky said in a statement, deeming Rubio a “consistent supporter of law enforcement in our nation’s capital, standing not just for public safety but for the health and welfare of law enforcement officers, even when it hasn’t been politically popular.”

“The Florida Police Chiefs Association is proud to support Senator Rubio, and we look forward to continuing our work with him on behalf of the people of Florida,” he added.

Rubio, during the Tampa press conference, said he is “incredibly honored” by the endorsement, noting the “dramatic increase” in coordinated attacks on law enforcement and the rise in violent crimes, as well as a general lack of respect for the law, over the last few years.

“And so to be standing here today, endorsed by the police chiefs of our state, building on the endorsement of our state’s sheriffs just a few months ago is something we’re very proud of,” Rubio said, adding that he will continue to work hard “every single day to deserve the honor they presented me with today.”

Indeed, the endorsement comes on the heels of a bipartisan group of 55 Florida sheriffs endorsing the senator’s reelection bid in Jacksonville, Florida, in January. At the time, Rubio said the endorsement “speaks to more than just politics. It speaks to the direction of the country.”

Notably, the Florida Police Chiefs Association has also endorsed Florida Gov. Ron DeSantis’s (R) reelection bid as well, making it clear that the Republican governor has “always had our back.”