‘That Doesn’t Meet the Standards’ 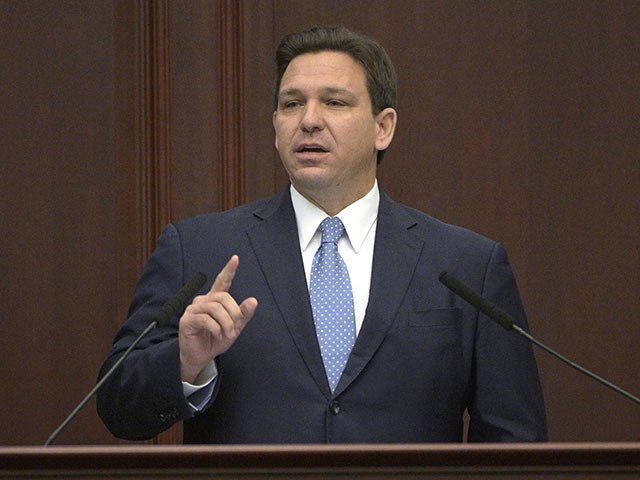 Florida Gov. Ron DeSantis (R) defended the Florida Department of Education for rejecting dozens of books due to what it says is the infusion of Common Core and Critical Race Theory (CRT), as the governor made it clear that such material “doesn’t meet the standards” in the Sunshine State.

“We got rid of Common Core. As you know, we have B.E.S.T. [Benchmarks for Excellent Student Thinking] standards which is a better way to do a lot of things, but particularly math,” DeSantis said during the Q&A portion of a press conference in Jacksonville, Florida, Monday morning.

“I mean one of the criticisms was the parents couldn’t help their kids with the math homework,” he said, explaining that any books that “don’t meet the B.E.S.T. standards are not going to be appropriate for us to use.”

“You do have things like social and emotional learning and some of the other things that are more political in there,” he said, adding that it “doesn’t meet the standards.”

“But second, you know, math is about getting the right answer, and we want kids to learn to think so they get the right answer. It’s not about how you feel about the problem or to introduce some of these other things,” he said.

The governor explained that most of the rejected books happened to be those in the early grades, but he made it clear that his administration is going to “continue to focus on the education, on the actual strong academic performance of the students.”

“We don’t want things like math to have, you know, some of these other concepts introduced,” he said. “It’s not been proven to be effective and quite frankly, it takes our eye off the ball.”

He later added that there is an “appeal process that the textbook publishers can go through,” and they “may agree to tweak some of the things that there’s things, you know, there’s Common Core math, maybe they’ll be able to dial that back.”

“There’s a process that they’re going to go under,” he reiterated.

Last week, the Florida Department of Education announced that it would not include 41 percent of submitted textbooks on the state’s adopted list — 54 rejected textbooks altogether. Specifically, the department said some of the books incorporated “prohibited topics or unsolicited strategies, including CRT. Others, the department said, did “not properly align to B.E.S.T. Standards.”

“It seems that some publishers attempted to slap a coat of paint on an old house built on the foundation of Common Core, and indoctrinating concepts like race essentialism, especially, bizarrely, for elementary school students,” DeSantis said in a statement at the time.

“I’m grateful that Commissioner Corcoran and his team at the Department have conducted such a thorough vetting of these textbooks to ensure they comply with the law,” he added.

Commissioner of Education Richard Corcoran also made it clear that the state would focus on reinforcing parents’ rights “by focusing on providing their children with a world-class education without the fear of indoctrination or exposure to dangerous and divisive concepts in our classrooms.”