EAGLE PASS, Texas — All field operations within the Border Patrol’s Del Rio Sector were suspended due to overcrowding at processing facilities, according to a source within U.S. Customs and Border Protection. The absence of agents performing their border security mission was noticeable as migrants crossed the Rio Grande and searched for authorities to surrender to on Sunday.

Breitbart Texas posted along several of the busiest crossings along the Rio Grande in Eagle Pass where migrants continued to surrender to Texas Department of Public Safety troopers and soldiers with the Texas Army National Guard. In one instance, three migrants forded the river and attempted to surrender to Breitbart Texas. The three Nicaraguan migrants were directed to state authorities more than one-half a mile from their crossing point. 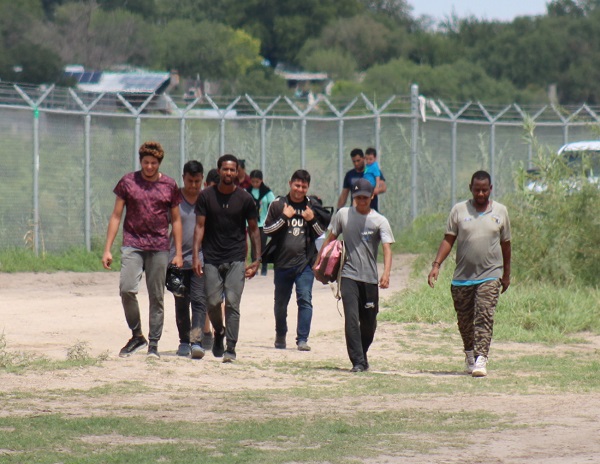 Several other migrants crossed the Rio Grande on Sunday unabated by authorities. Immigration and police entities staged in Mexico attempted to stop several migrants from fording the river but were unsuccessful.

One migrant attempting the crossing struggled with the river’s strong currents but ultimately reached the United States safely. There were no law enforcement officers nearby to receive the migrant who later searched the banks for authorities where he could surrender. 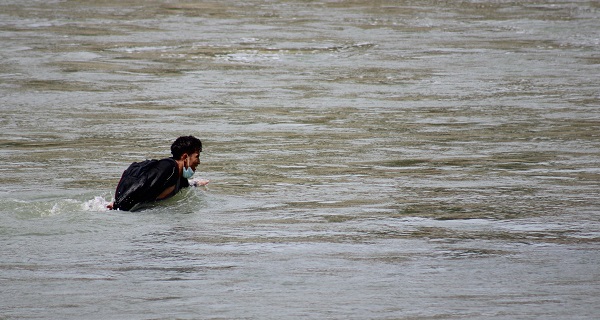 A migrant struggles with the swift currents of the Rio Grande and he crossed from Mexico to Texas. (Randy Clark/Breitbart Texas)

The CBP source, not authorized to speak to the media, told Breitbart Texas all agents received a radio broadcast early on Sunday removing them from the field. Management advised the agents to report to their respective stations to address the more than 2,500 migrant detainees awaiting processing and, in many cases, release them into the United States.

At a local non-government shelter in Eagle Pass, multiple busloads of processed migrants were released by the Border Patrol throughout the morning. Each bus carried approximately 50 migrants. The migrants lined up outside the shelter as employees performed intake duties. The migrants will travel to their final destination in the United States once the shelter staff coordinates transportation arrangements. 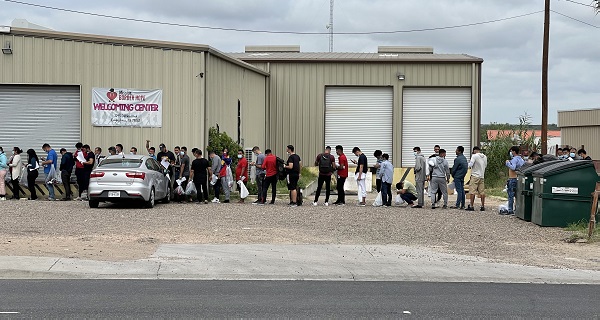 A group of migrants line up outside the Mission Hope Shelter in Eagle Pass, Texas, after being released by Border Patrol agents. (Randy Clark/Breitbart Texas)

The source says until the facility overcrowding issue is resolved, the agency will only respond to emergency distress calls involving migrants and to receive migrants that surrender to state and local law enforcement authorities.

Eagle Pass, which is part of the Del Rio Sector, has seen a massive increase in migrant apprehensions in recent months. The city now leads the nation as the border city with the highest migrant crossings nationwide.

The increase in migrant traffic brought about a corresponding increase in migrant deaths. So much so that an Eagle Pass funeral home contracted to receive decedent migrants reached capacity and can no longer accept migrant remains recovered from the river or local ranches.

As reported by Breitbart Texas, five migrants drowned attempting to cross the Rio Grande near Eagle Pass during a three-day span last week. According to the CBP source, the absence of routine field patrols along the river and on local ranches heightens the dangers migrants face as the Border Patrol’s ability to provide rescue services is eliminated.