“[G]irls’ schools in Afghanistan have problems with Sharia law, the curriculum is in opposition to Sharia law and jurisprudence, and … the way Afghan girls would go to schools was in opposition with Sharia and Afghan culture/tradition [sic],” Taliban leader Moulayee Rahmatullah Najib told reporters at a press conference on April 19 as quoted by Khaama Press.

Najib spoke in response to a journalist’s question asking why the Taliban chose to abruptly order all girls’ high schools in Afghanistan to close indefinitely on March 23. The action marked a stark reversal of the Taliban’s previous claim on March 21 that it planned to allow girls in grades six or above to return to secondary school in Afghanistan on March 23.

Afghanistan’s Taliban-run Ministry of Education announced on March 21 that “schools for all students, including girls, would open around the country on Wednesday [March 23] – the first day of Afghanistan’s new school year – after months of restrictions on education for high school-aged girls,” Al Jazeera recalled on March 23. 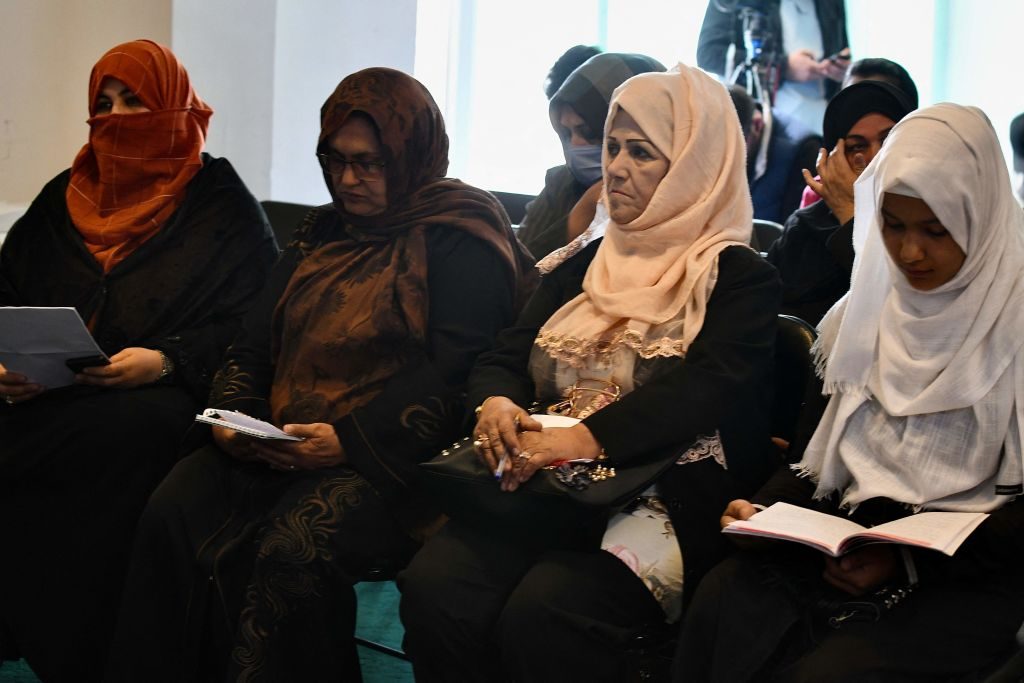 Afghan women activists attend a press conference in Kabul on March 27, 2022, to demand reopening of secondary schools for girls across the country. (AHMAD SAHEL ARMAN/AFP via Getty )

Based on this public announcement, girls across Afghanistan attempted to attend their local secondary schools on the morning of March 23, only to be turned away by armed Taliban members who guarded the schools’ gates. Afghanistan’s Education Ministry issued a notice later that same day confirming its decision not to allow girls a secondary school education after all.

“We inform all girls high schools and those schools that are having female students above class six that they are off until the next order [sic],” the statement read.

The ministry added that “schools for girls would be closed until a plan was drawn up in accordance with Islamic law and Afghan culture,” Al Jazeera reported at the time, citing the Afghan state-run Bakhtar News Agency.

Girls in grade six are typically about 11 or 12 years old. The Taliban’s refusal to allow girls beyond grade six to attend school seems reminiscent of its past education policy when it previously ruled Afghanistan from 1996 to 2001.

“When the Taliban religious army swept into Kabul in September 1996, it shut down girls’ schools, saying the curriculum was against the tenets of Islam,” the Associated Press reported in June 1998. “Schools for boys have since re-opened, and the Taliban has allowed girls, 8 and younger, to study only the Islamic holy book, the Koran.” 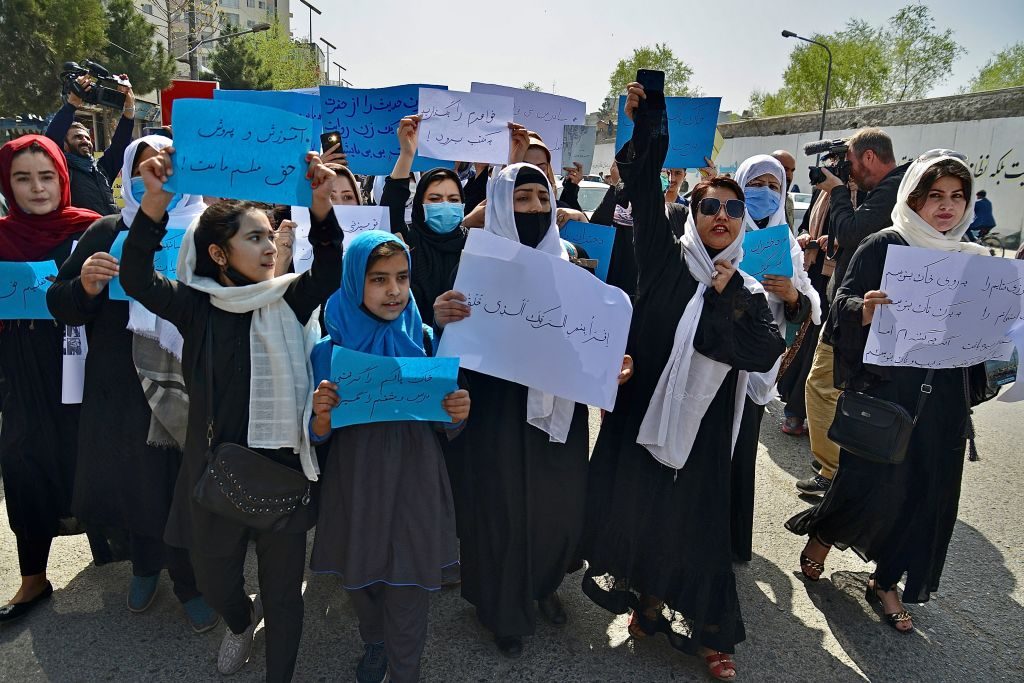 Afghan women and girls take part in a protest in front of the Ministry of Education in Kabul on March 26, 2022, demanding high schools be reopened for girls. (AHMAD SAHEL ARMAN/AFP via Getty)

“After the age of 8, girls must leave school,” the news agency observed at the time.

The Taliban seized control of Afghanistan’s formerly U.S.-backed government on August 15, 2021, and vowed to restore sharia as the foundation of Afghanistan’s legal and political system two days later.

“There will be no democratic system at all because it does not have any base in our country,” Taliban commander Waheedullah Hashimi told Reuters on August 17, 2021.

“We will not discuss what type of political system should we apply in Afghanistan because it is clear. It is sharia law and that is it,” he affirmed.