Sussmann Trial Starts in May


U.S. District Judge Christopher R. Cooper denied a motion by Michael Sussmann on Wednesday to dismiss the charge he faces of lying to the FBI, confirming that the prominent “Russia collusion” trial will begin in May in federal court in D.C.

Sussmann is accused of lying to the FBI when he said he was merely acting as a private citizen in reporting information that purported to connect then-candidate Donald Trump to Russia via Alfa Bank in 2016. The information was false, but formed part of the “Russia collusion” conspiracy theory that turned the political world upside-down, led the FBI to conduct improper surveillance of at least one Trump campaign aide, and undermined the legitimacy of the democratically-elected president. 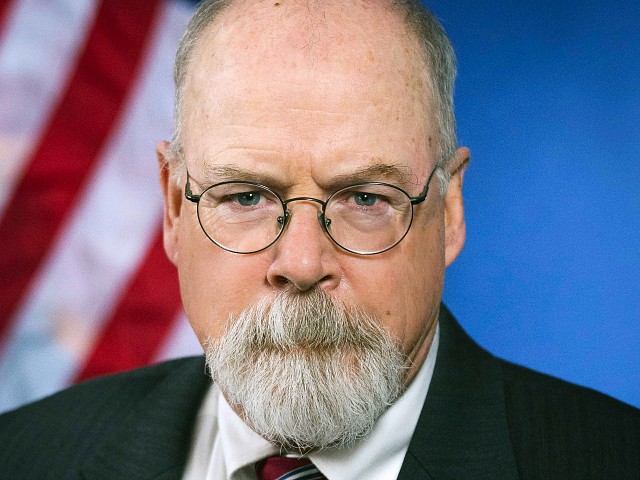 FILE – This 2018 portrait released by the U.S. Department of Justice shows Connecticut’s U.S. Attorney John Durham, the prosecutor leading the investigation into the origins of the Russia probe. Durham is no stranger to high-profile, highly scrutinized investigations, having previously delved into the CIA’s use of interrogation techniques after the Sept. 11 attacks and corruption in the FBI’s Boston office. (U.S. Department of Justice via AP)

In a decision handed down Wednesday (via TechnoFog), Judge Cooper, an appointee of President Barack Obama, wrote:

Sussmann’s sole argument for dismissal is that, even taking the allegations in the Indictment as true, his purported misrepresentation to Baker was immaterial as a matter of law and therefore cannot support a conviction …

The standard for materiality …  in this circuit is whether the statement has “a natural tendency to influence, or is capable of influencing, either a discrete decision or any other function of the [government] agency to which it was addressed.” …  Focusing on the first part of the standard, Sussmann argues that his alleged statement to Baker—that he was not at the meeting on behalf of a client—could not possibly have influenced what was, in his view, the only “discrete decision” before the Bureau at the time: whether to initiate an investigation into the Trump campaign’s asserted communications with the Russian bank.

At the outset, Sussmann’s argument that the materiality of his statement must be assessed only in relation to the FBI’s decision to commence an investigation is based on an overly narrow conception of the applicable standard. He largely ignores the second part of the test: whether the statement could influence “any other function” of the agency. Applying that prong of the materiality standard, the D.C. Circuit has stated that “a ‘lie distorting an investigation already in progress’ also would run afoul of § 1001.” … Sussmann seeks to cabin this holding to statements made during the course of an ongoing investigation, but the Court sees no basis for that bright-line divide. As the Special Counsel argues, it is at least possible that statements made to law enforcement prior to an investigation could materially influence the later trajectory of the investigation. Sussmann offers no legal authority to the contrary.

The Special Counsel also contends that Sussmann’s statement meaningfully influenced the conduct of the FBI’s investigation once it was underway.

The battle lines thus are drawn, but the Court cannot resolve this standoff prior to trial. … [I]t is a question that generally must be answered by a jury.

The trial is set to begin on May 16, though other proceedings — such as a possible plea deal — could change that.