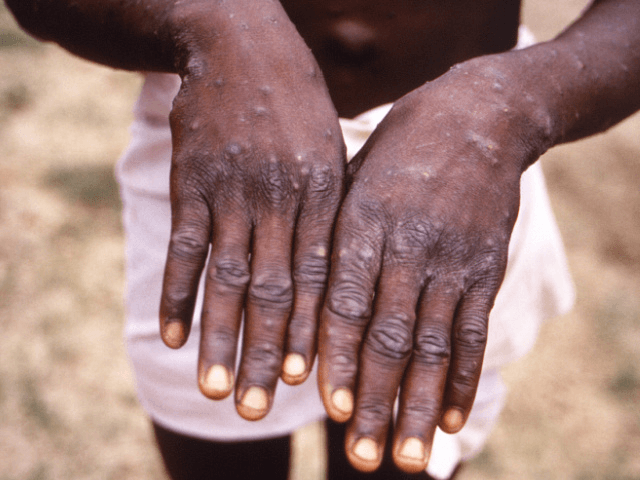 New York City health officials confirmed Friday that a patient suspected of having monkeypox has tested positive for orthopoxvirus, the broader group of diseases to which monkeypox belongs.

In a press release, the New York City Department of Health and Mental Hygiene (NYCDHMH) announced that the patient had been placed in isolation and contact tracing efforts had begun. The agency said Thursday that if the lab test came back positive, it would be sent “be sent to the U.S. Centers for Disease Control and Prevention [CDC] for confirmatory testing.”

The CDC has yet to verify the test results, NBC News reported.

Reports of suspected cases of monkeypox in the United States and elsewhere are concerning. While a possible case in New York State awaits confirmatory testing by our local and federal partners, the Department has alerted health care providers in New York State so that they can consider this unusual diagnosis if their patients present with symptoms. The current risk to the public is low.

“Most people recover within several weeks and monkeypox has only been fatal in rare cases,” the AFP recently reported.

The potential presence of monkeypox – native to central and western Africa – in New York follows the confirmation of a case in a Massachusetts resident Wednesday who recently traveled to Canada, as Breitbart News documented. Since May 14, patients with the virus have been confirmed in Canada, the United Kingdom, Spain, and Portugal, the NYCDHMH said. The source for the outbreak in continents other than Africa has not been determined, but in the past, cases have typically been associated with travel to the continent or animal bites, the city agency said.

“Many of these global reports of monkeypox cases are occurring within sexual networks,” said poxvirus aficionado Inger Damon, MD, Ph.D., according to the CDC.

“On Monday, the WHO signalled that some of the cases confirmed recently in Britain surfaced among gay men,” the AFP noted.

“People who may have symptoms of monkeypox, particularly men who report sex with other men, and those who have close contact with them, should be aware of any unusual rashes or lesions and contact their healthcare provider for a risk assessment,” the CDC said Wednesday.

The disease is part of the orthopoxvirus genus, which also includes smallpox, cowpox, and vaccinia, the CDC notes. Patients are not contagious during the incubation phase, which lasts on average from seven to fourteen days, but can extend to three weeks, the agency said. After incubation, initial “symptoms include fever, malaise, headache, sometimes sore throat and cough,” and “swollen lymph nodes,” which occur during the “prodrome” phase where individuals may be contagious, the agency points out. Finally, the CDC says lesions will surface in patients’ mouths and on their bodies that will eventually fall off after going through different progressions.

The lesions, bodily fluids, shared clothing, and bedsheets and blankets are avenues that the disease can be transmitted through, while it can also spread “through respiratory droplets typically in a close setting,” according to the CDC.