Sturgeon Reported to Police Over Breaking Own Masking Rules 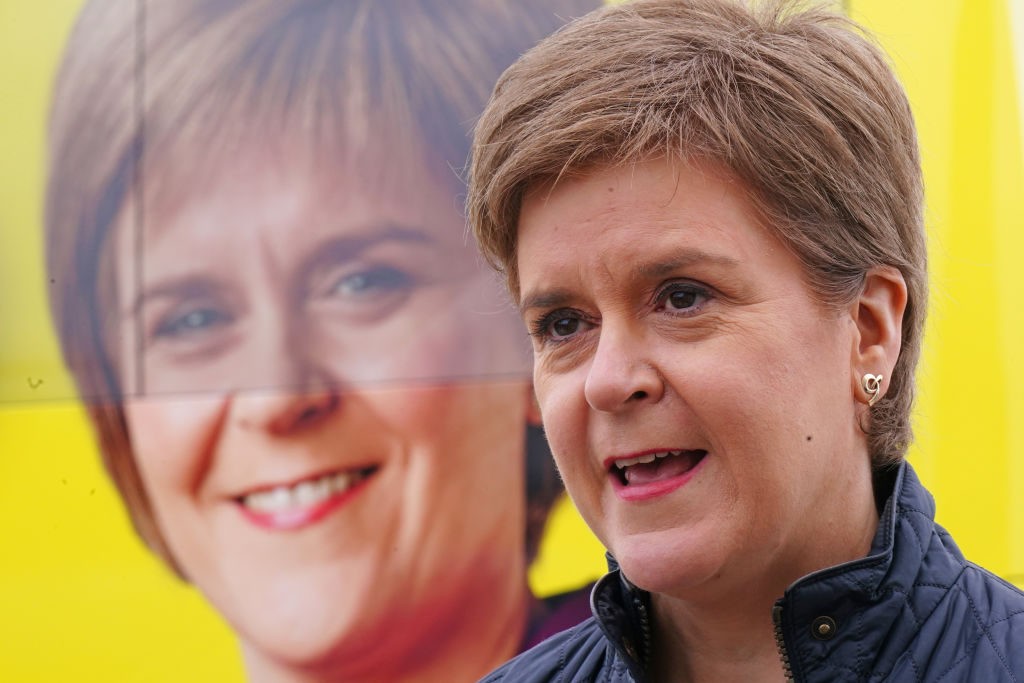 The First Minister of the North Britain regional administration Scottish Government has been referred to the police over an alleged breach of her own coronavirus mask rules after a social media video caught her going without.

Police confirmed they were assessing a complaint against Nicola Sturgeon, the First Minister of the Scottish devolved government after she was seen in a social media video clip visiting a shop in East Kilbride while not wearing a mask. Sturgeon posted footage of the visit to social media herself — she is presently fighting an election campaign and the visit was part of that — in which she was seen masked, but she was not the only person present with a camera.

A spokesman for Sturgeon insists it was only a momentary lapse.

While compulsory masking was ended by the British government in January, because of changes wrought on the British constitution and state by left-globalist Tony Blair in the 1990s, home nation Scotland has its own government that has powers over certain areas, including sanitary measures. The Scottish government, which has tended to make a point of differentiating itself from Westminster by doing things differently through the pandemic, has continued to insist that mask-wearing is a worthwhile public health measure.

Indeed, Nicola Sturgeon’s government has considerably prolonged the use of masks beyond the rules as they stand in England: the rules were going to be converted into guidance in March, but that was delayed twice. As things stand, the mandatory masks in most indoor places including shops and public transport remain in force until tomorrow, Monday April 18th.

The controversy bears some resemblance to a parallel case in London, of politicians finding their own byzantine lockdown rules impossible to realistically observe in real life. UK Prime Minister Boris Johnson and several other politicians and officials working in Downing Street have recently been fined by police for lockdown breaches — rules they themselves created and used to state to enforce.

Defending the maskless images of their leader, a statement from the Scottish Nationalist Party — a left-wing nationalist faction that argues that Scotland should secede from the United Kingdom and become an independent country in its own right — argued the video had captured a momentary slip of the mind from Sturgeon. They said, in remarks reported by the BBC: “The first minister was invited into the barbers during an outdoor visit on the street… Within a few seconds, she realised she hadn’t put her mask back on and immediately put it on.”