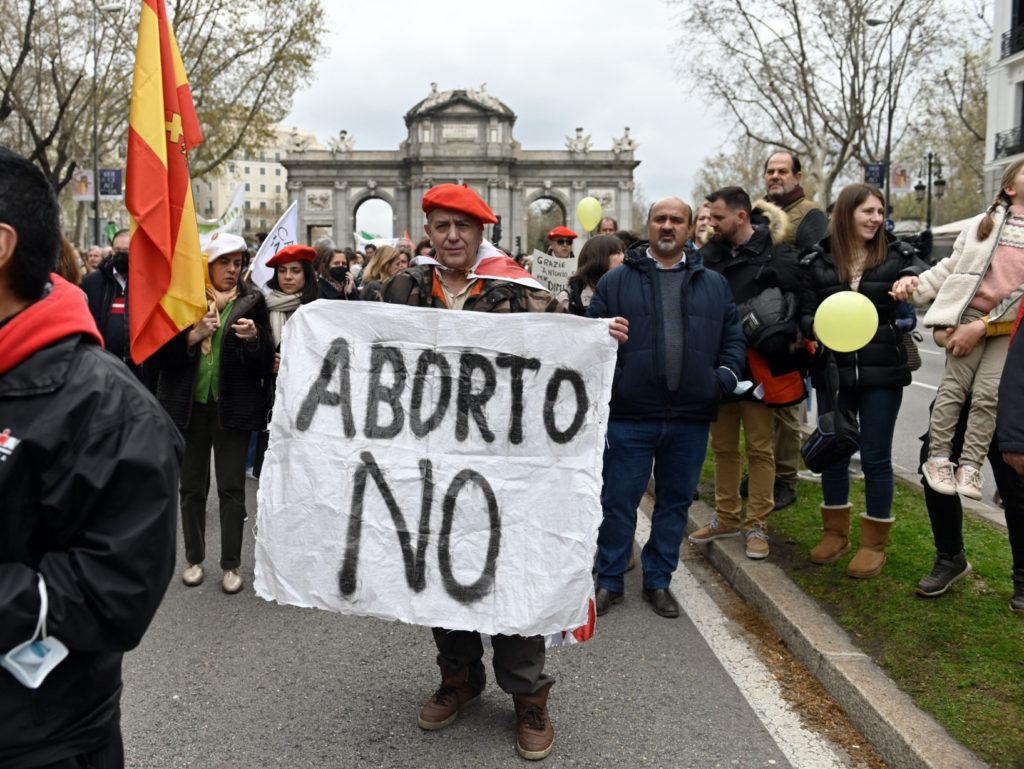 A new Spanish law has outlawed harassment of women seeking abortions at abortion clinics, which includes annoying or offending those seeking an abortion, with offenders facing up to a year in prison.

The new pro-abortion reform came into effect this week and states that anyone who “hinders the exercise of the right to the voluntary interruption of pregnancy” by “annoying, offensive, intimidating or coercive acts that undermine her freedom,” could face between three months and a year in behind bars.

According to the newspaper, those found guilty of harassment may also face a ban from going to areas surrounding clinics for a period between six months and three years, as well.

The law was passed by the socialist parliamentary group and approved by the Spanish senate earlier this month. The centre-right People’s Party (PP) and the populist party VOX opposed the reform, with VOX senator Jacobo Robatto slamming the law as “vague” and “generic” earlier this month.

“No mother regrets being one, but she does having an abortion,” Senator Robatto said and added, “Women do not want to abort, but to raise their children with dignity,” highlighting a report which claimed that eight in ten women with doubts about their pregnancy decided to keep their child after receiving adequate support.

The senator also slammed the language used in the law, particularly the use of the term “voluntary interruption of pregnancy.”

“Interrupting [the pregnancy] would imply that it can be resumed at any time when the circumstances occur. To abort is to kill, it is to end the life of a human being,” Robatto said.

Similar orders have been passed on a local level in the UK, such as in Manchester where the city council banned prayer and peaceful protests outside a local abortion clinic in 2020.

Last year, the European Parliament was presented with a report by Croatian leftist MEP Predrag Fred Matić that declared abortion to be a “human right” and an “essential health service” and urged all European Union member states to decriminalise abortion arguing “a total ban on abortion care or denial of abortion care is a form of gender-based violence.”