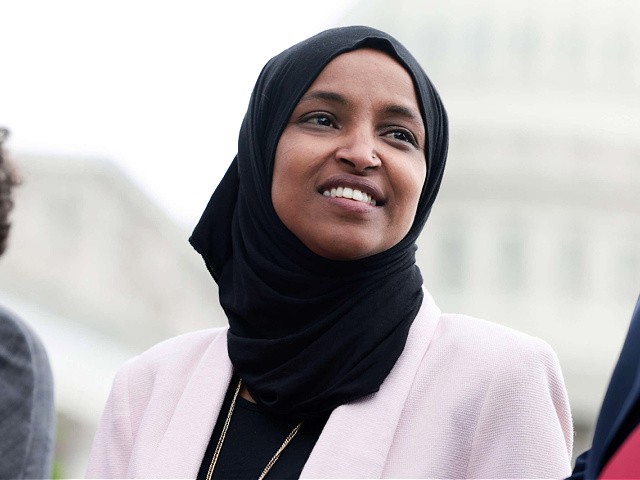 Rep. Ilhan Omar (D-MN) said that only “snowflakes” were offended by her post criticizing Christians publicly worshipping mid-flight aboard an airplane.

The squad member stepped into a heap of trouble over the weekend in response to a viral video that featured Christians singing worship music while in flight. According to Omar, had the worshippers been Muslim, events would not have unfolded as peacefully.

I think my family and I should have a prayer session next time I am on a plane. How do you think it will end? pic.twitter.com/5696Erwsl5

Conservatives and Christians immediately pounced on Omar, calling her a bigot. The congresswoman labeled them “snowflakes” in response.

And the original snowflakes had a complete and glorious meltdown 💅 https://t.co/1t6Jq4OIWM

The original clip, which garnered over 30 million views over the weekend, was originally posted by Jack Jensz Jr., the founder of Kingdom Realm Ministries, “who has been assisting Ukrainian refugees in Europe along with his congregation,” Breitbart News reported.

Omar was criticized by a variety of conservative figures and pundits, from Rep. Lauren Boebert (D-CO) to former Miss Iraq, Sarah Idan.

If someone yelled Allahu Akbar I’d freak out, YOU’d freak out and ANY Muslim would freak out given the fact we still have many radical Islamists in our religion (Hizbollah, ISIS, Muslim Brotherhood 😏, Hamas etc) all would love to hijack a plane for another 9/11 who we kidding..

I think you should shut up and stop being a bigot. https://t.co/8OoiuZsRGN

Anti-Christian hate? You need to stop projecting your bigotry. Religious bigots like you always think others hold the same hate they have in their hearts.

It’s Ramadan and I am gonna pray for y’all.

May God cleanse your hearts. https://t.co/QkRb0cXTvt