The SEC has reportedly launched an investigation into how Amazon discloses details of its business practices, including how it uses third-party seller data. The company stands accused of using data from third-party sellers to decide when to make its own private-label products, unfairly competing with the very companies that generate its sales.

The Wall Street Journal reports that the SEC has initiated a probe of how Amazon handles disclosures of its employees’ use of data from sellers on its e-commerce platform. The SEC has reportedly requested email and communications from multiple senior Amazon executives as part of its probe. 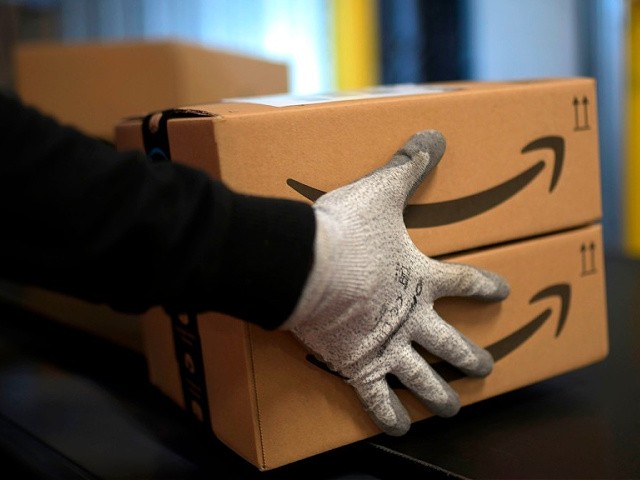 An employee carries a package at the distribution center of US online retail giant Amazon in Moenchengladbach, on December 17, 2019. (Photo by INA FASSBENDER/AFP via Getty Images)

In April 2020, an investigation by the Wall Street Journal found that Amazon’s employees regularly used individual third-party-seller data to develop products for Amazon’s in-house brands. A company spokesperson denied that the firm engaged in such acts and stated that the company does “not use their individual data when we’re making decisions to launch private brands.”

Amazon stated that it launched an internal investigation into the situation but has declined to provide a copy of its report to a congressional committee investigating the size and power of the Big Tech giant.

Members of the antitrust subcommittee of the House Judiciary Committee referred Amazon to the Justice Department last month for potentially obstructing Congress in relation to its cooperation during the probe. An Amazon spokesperson commented on the Justice Department referral, stating: “There’s no factual basis for this, as demonstrated in the huge volume of information we’ve provided over several years of good-faith cooperation with this investigation.”