ROME — San Francisco Archbishop Salvatore Cordileone said Friday that he was “guided by the principles articulated by Pope Francis” in his decision to bar House Speaker Nancy Pelosi from receiving Holy Communion because of her aggressive abortion advocacy.

In a lengthy interview with Gloria Purvis, Archbishop Cordileone insisted that he cannot judge Ms. Pelosi’s conscience, but “to be so aggressively promoting it — that’s not what a devout Catholic does. So I believe in her heart, she feels that way, but there is a disconnect on this issue.” 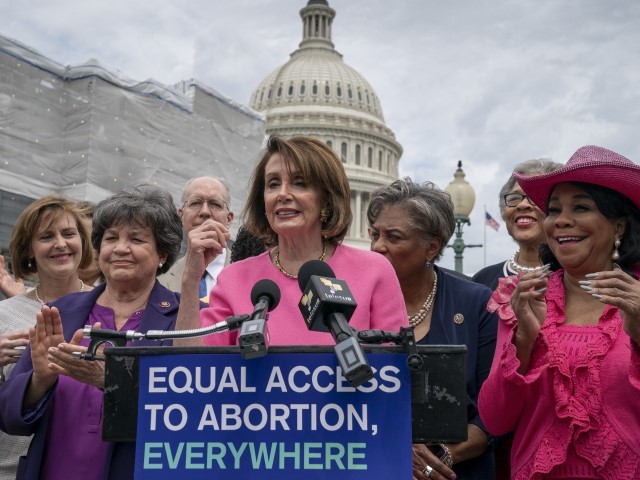 Speaker of the House Nancy Pelosi (D-CA), center, flanked by Rep. Lois Frankel (D-FL), left, and Rep. Frederica Wilson (D-FL), right, joins members of the Democratic Women’s Caucus and the Pro-Choice Caucus at a news conference on Roe vs. Wade and women’s rights, at the Capitol in Washington, Thursday, May 23, 2019. (J. Scott Applewhite/AP)

“I know people will accuse me of being political, but this is not political at all. It’s pastoral,” the archbishop said, noting that his decision came as a last resort because of Pelosi’s choice to dig in her heels on an issue that is at the core of Catholic morality: the sacredness of human life.

Asked why he hasn’t gone further and excommunicated Pelosi, Cordileone said that excommunication is “more severe,” adding, “I don’t want to take a more severe tack if I don’t have to. I’d rather do the minimum I need to do in order to repair the scandal.”

“Scandal is an action that would lead others into error or into sin,” he stated. “So the scandal here is that someone who is strongly advocating for something as evil as abortion and taking Communion creates confusion among people. And they can begin to think that it is acceptable for a Catholic to believe this.”

“I really would prefer not to do this,” Cordileone said. “But I cannot in my conscience allow the situation to continue and cause this scandal. And people are getting confused, people are getting upset, and it’s also fueling these flames of polarization and dissension.”

“Some people might accuse me of doing that as well. But I just know in my conscience, I have to do something to teach clearly about this evil and that there are solutions to this dilemma that we’re in,” he added.

Our vision “is not making abortion illegal,” the archbishop said, “the end is to make abortion unthinkable.” 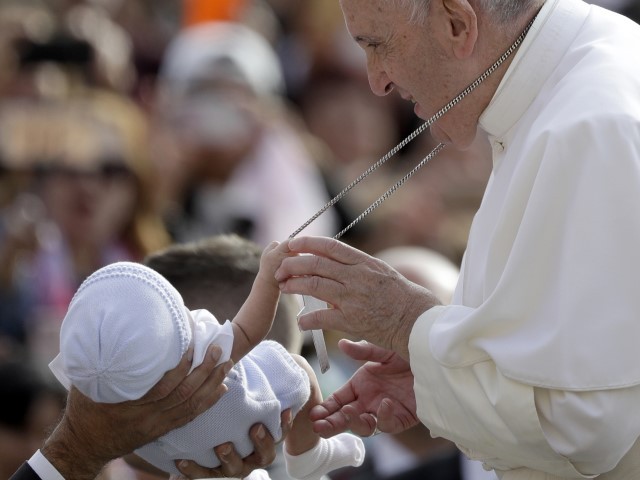 A baby handed over to Pope Francis to bless grabs onto his cross as he arrives for his weekly general audience in St. Peter’s Square, at the Vatican, Wednesday, Sept. 25, 2019. (Gregorio Borgia/AP)

Pope Francis has been a vocal critic of the evil of abortion, noting last September that abortion is “more than a problem, it is murder,” adding that “whoever performs an abortion kills, any way you look at it.”

“Scientifically, it is a human life,” Francis noted. “Is it okay to take it out to solve a problem?”