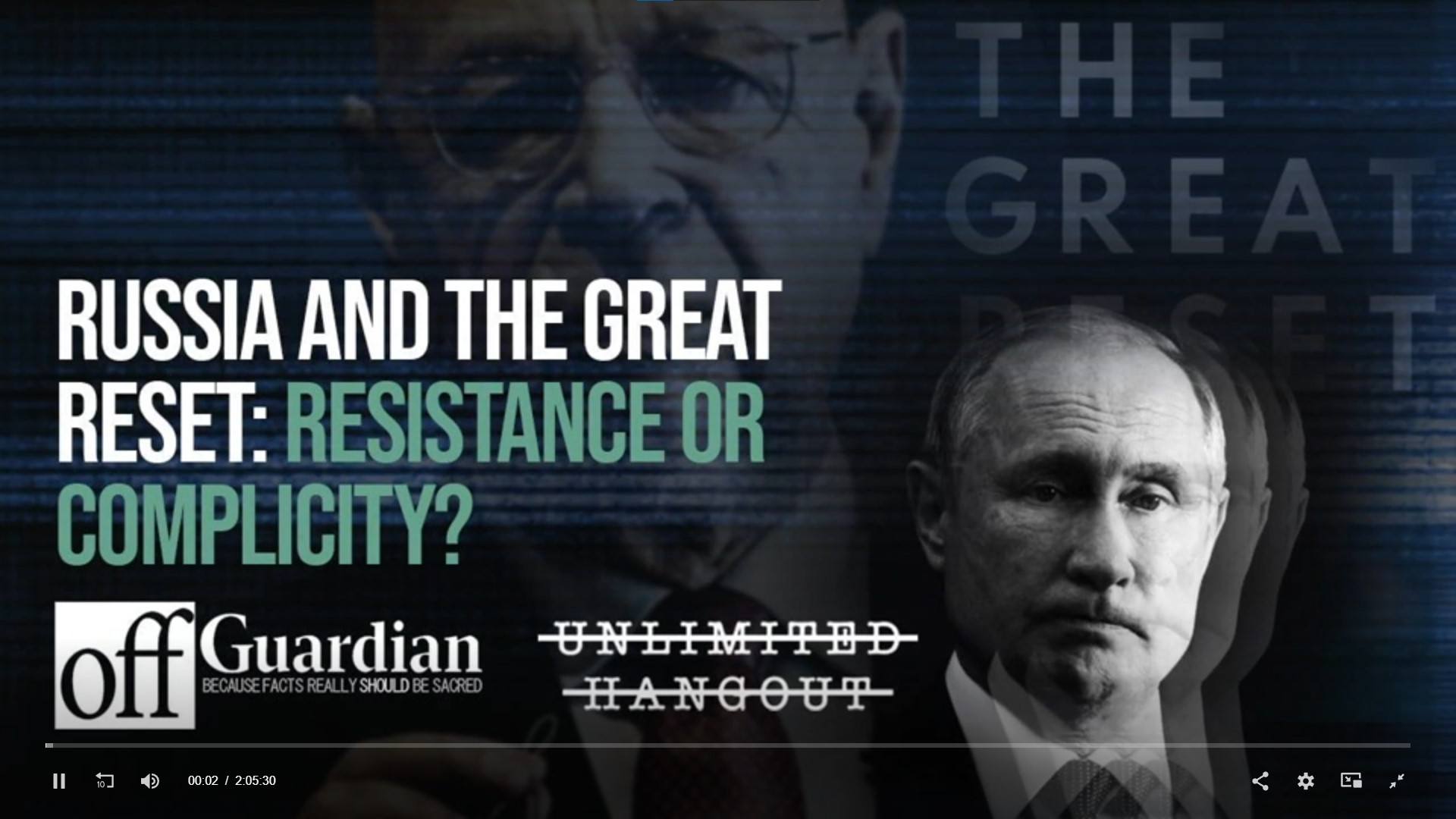 OffGuardian and Unlimited Hangout, two publications we have featured frequently here at Health Impact News, just had their first panel discussion recently which was a debate about Russia and their role in the “Great Reset.”

I have so many daily videos in my newsfeed that there are literally not enough hours in the day to watch them all. So it takes some pretty engaging conversation to get me to watch 2 hours of anything.

This one was worth it. It was moderated by Whitney Webb (and we get to see her new baby!) and Kit Knightly, and I highly recommend it.

And while at times the debate got hot and loud, the four guests, two each representing different views, had much more in common than they had differences.

So even if you just want to get an understanding of what is really happening in the geo-political scene right now which will affect us all, and which the corporate media narrative is not telling the truth about, this is a very informative and insightful discussion.

Thank you Whitney and Kit!

OffGuardian has teamed up with Unlimited Hangout to host our first-ever panel discussion: “Russia & the Great Reset – Resistance or Complicity?”

Is the war in Ukraine an “extension of Covid by other means”? Is Putin’s Russia opposed to globalism or actively supporting it? Is the east-west clash between the US-EU and Russia-China a genuine struggle of ideas, or squabbling over the best seats at the table?

Moderators Kit Knightly and Whitney Webb discuss all this and more with their guest panellists:

Iain Davis is an independent investigative journalist, blogger and author from Portsmouth, UK. He is a contributor to UK Column and Unlimited Hangout. His work is often featured by OffGuardian, the Corbett Report and Zero Hedge, among others, and he also has his own website, In This Together where you can download his books for free. [Twitter]

Matthew Ehret is the Editor-in-Chief of the Canadian Patriot Review, a contributor to the media outlet Strategic Culture and a Senior Fellow at the American University in Moscow. He is a contributor to Unlimited Hangout and also the author of the books, The Untold History of Canada and Clash of the Two Americas. You can read his writings at canadianpatriot.org or through his substack [Twitter]

Tom Luongo is a political commentator and analyst who hosts the Gold, Goats and Guns blog and podcast, which is frequently republished by sites like ZeroHedge. He previously contributed to Russia Insider and Strategic Culture. His website can be found at TomLuongo.me [Twitter]

Riley Waggaman is an American journalist based in Moscow who has previously worked for RT, PressTV, and Russia Insider. He currently writes about Russia, with a special focus on COVID-related issues, at his Substack, Edward Slavsquat. [Twitter]

The video is currently exclusively hosted on our brand new Rokfin account, which you can follow here.

As many of our regular readers will remember OffG was officially removed from Patreon in late 2021, so we are looking for ways to rebuild our funding.

We’ll be experimenting with uploading more content to Rokfin in future and possibly some OffG merchandise(which people keep asking us about)!