Reuters on Monday cited shipping data showing at least 24 ships filled with 678,000 tonnes of Russian fertilizer are en route to Brazil, despite heavy sanctions imposed after the Russian invasion of Ukraine in February.

The data was compiled by Agrinvest Commodities, a Brazilian brokerage and market analysis firm. According to the report, 11 of the 24 fertilizer-laden vessels inbound for Brazil left port after the beginning of the Ukraine invasion. The latest departure is a ship carrying 35,000 tonnes of potassium chloride that left Russia for Brazil on April 4.

Russia was one of Brazil’s top three sources for fertilizer chemicals before the invasion and Brazilian buyers worried their summer grain season could be ruined if Russian supplies were lost.

Russia is a major supplier of potash, ammonia, urea, and other vital fertilizer components worldwide. 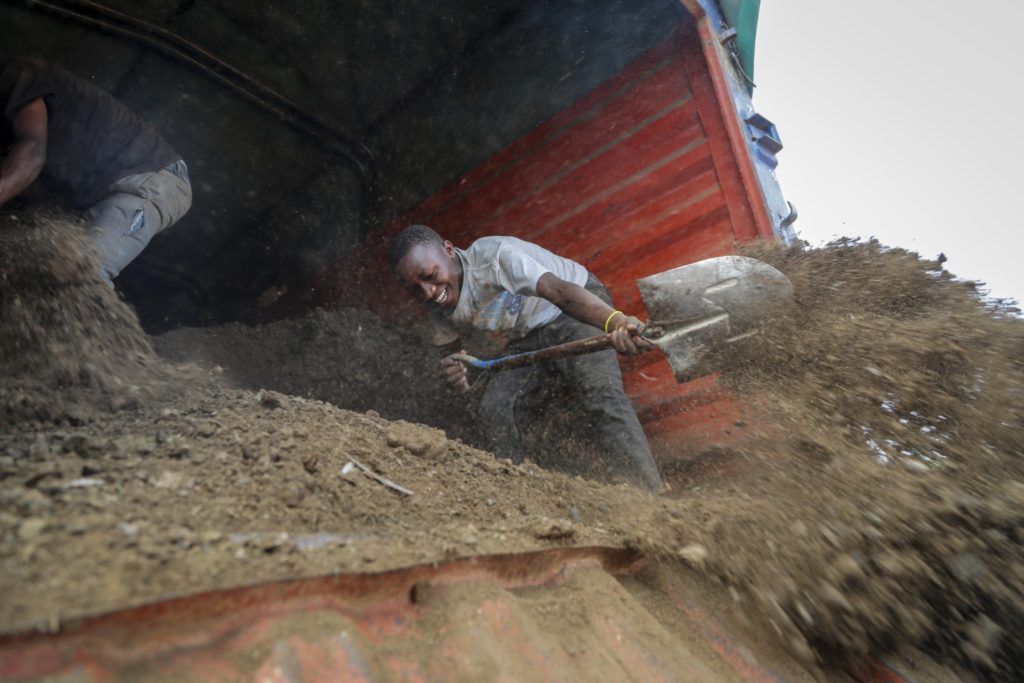 Russia’s war in Ukraine has pushed up fertilizer prices that were already high, made scarce supplies rarer still, and squeezed farmers, especially those in the developing world struggling to make a living. (AP Photo/Brian Inganga)

Some smaller agricultural operations switched back to primitive manure fertilization or planted different crops when the Russian supply was threatened by sanctions, but Brazil’s agriculture industry is too large for such techniques. Brazil’s efforts to mine its own fertilizer materials have been stymied by environmental concerns and resistance from indigenous tribes living atop the needed mineral deposits.

Russia and Ukraine are also top grain exporters, so the loss of their products is raising concerns about food security in impoverished nations. The United Nations said in early April that its world food price index hit the highest level since 1990.

Brazilian Economy Minister Erivaldo Gomes publicly responded that his government believes “keeping open dialogue is essential” and Russia’s “bridges” to the international community should be preserved.

Brazil’s cooperation with Russia is politically awkward for President Jair Bolsonaro — a very outspoken anti-communist and dedicated foe of left-wing regimes across Latin America who is now supporting the great historical patron of communism and current protector of the socialists in Bolivia, Cuba, and Venezuela.

Bolsonaro still rails against the international Left on occasion, but he has proven willing to do business with Russia and the 21st Century’s even more powerful champion of communism, China. China is Brazil’s largest trading partner by far, a position that earned Chinese officials an invitation to Bolsonaro’s inauguration in 2018.

Not only did Bolsonaro refuse to condemn the invasion of Ukraine, but he declared himself “in solidarity with Russia” and described it as “practically brother nations” with Brazil.

“We will not take sides, we will continue being neutral, and help with whatever is possible,” he said in February, confidently (and inaccurately) predicting Russia would refrain from perpetrating atrocities against Ukrainian civilians because many of them “speak Russian.”

Bolsonaro’s likely successor according to the polls, left-wing former president Luiz Inacio Lula da Silva, also refused to condemn Russian aggression while insisting he is “against all wars.”

Lula’s Workers’ Party initially blamed the United States for the Russian invasion, due to U.S. “aggression toward Russia” and the “continued expansion of NATO,” but backed down to a more neutral position on the war after a fierce online backlash.