Reports Say Academy ‘Lied’ About Asking Will Smith to Leave


Two reports say that the Motion Picture Academy lied on Thursday by claiming Will Smith was asked to leave the basement-rated Oscar telecast after his unprovoked assault on Chris Rock.

Oh, my, yes… This scandal just got a whole lot more delicious.

Right now, the entertainment community is furious at the Academy for not doing anything after Smith assaulted a comedian for telling a joke. In front of the whole world, Smith was not only allowed to stroll onto the stage and smack Rock; he was allowed to remain in his seat afterward. What’s more, he was handed an Oscar 40 minutes later and enjoyed two standing ovations.

Even by Hollywood standards, this is outrageous.

These pathetic tweets from Oscar night sum up just how badly the Academy bungled this:

You can’t tweet “The academy does not condone violence in any form” and also congratulate the violence lol. pic.twitter.com/FTi8Jp2Mqk

But as the outrage grew over the ensuing days, not only over Smith’s thuggish and entitled behavior but the Academy’s morally illiterate response, the Academy released a statement claiming Will Smith had, in fact, been asked to leave but refused to do so. That was the big news Wednesday. That was the Academy’s attempt at damage control…

Things unfolded in a way we could not have anticipated. While we would like to clarify that Mr. Smith was asked to leave the ceremony and refused, we also recognize we could have handled the situation differently.

Well, now we’re hearing from two separate sources that the Academy lied about asking Smith to leave, which is not at all surprising.

The first report came from far-left CNNLOL on Monday:

“There were immediate discussions” about removing Will Smith from the Oscars show after the smack, “but the Academy decision makers were seated in various spots in the Dolby Theater and couldn’t mobilize to make a decision before he won best actor,” a source tells @Chloe_Melas

Again, that CNN report is from March 28, the day after the debacle. So the Academy’s March 30 statement about asking Smith to leave said CNN got the story wrong. But…

Today, TMZ reports that the Academy lied about asking Smith to leave.

Wait, it gets worse than that…

TMZ reports that Will Packer, the show producer, personally told Smith everyone wanted him to stay…

Will Smith was NEVER asked to leave the Oscars after he slapped Chris Rock. In fact, the opposite is true — he was told by the producer of the show he could stay … this according to sources with direct knowledge who were present.

We’re told there was a split among the officials … some did want him booted, but others did not. There were various discussions during several commercial breaks, but they never reached a consensus.

We’re told Will was aware there was talk about asking him to leave the theater. During one of the commercial breaks, we’re told Oscars producer Will Packer walked up to Will and said, “We do not want you to leave” … this according to our sources. 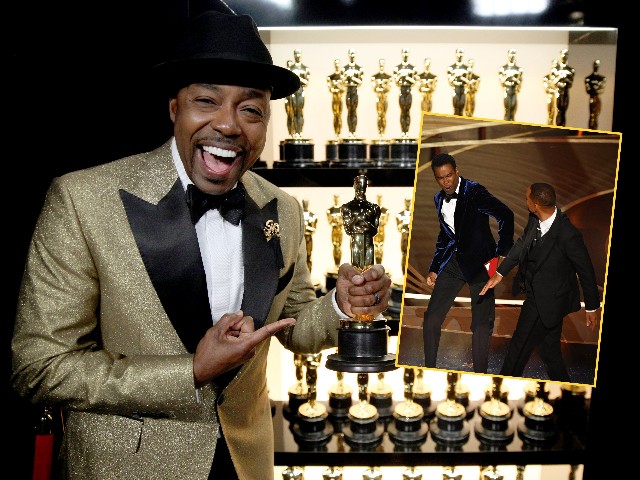 Show producer Will Packer, sources inside the Dolby said, was the key to Smith remaining in his seat. In the roughly 30 minutes following Smith’s attack on Rock, before the award for best actor was presented, Packer walked out into the orchestra and conferred with Smith, according to two witnesses. Packer said that he and the production “officially” wanted Smith to stay for the remainder of the show, according to one of the witnesses. Another source close to Packer denied that the producer urged Smith to remain.

The fallout from this incident is just starting its spread.

This is not just a growing disaster for Will Smith. The Motion Picture Academy is in for its own world of hurt. There will undoubtedly be an investigation and resignations.

And this all comes down to the cancer of woke that has infested Hollywood and the Academy.

Woke has no morality, no principle. Woke is a distorted lens through which you look at the world — not through right and wrong — but skin color. Remember, on The View Monday, Academy Board Member Whoopi Goldberg admitted that skin color guided the decision to allow Smith to stay in his seat:

The reason people got up and went over to [Smith] is because I think a lot of people thought, ‘Oh my God, is he having a break? Do we need to get him out? What do we need to do?’ The reason they didn’t go and take him out is because that would have been another 15, 20-minute explanation of why we’re taking the Black man out five seconds before they’re about to decide whether he’s won an Oscar or not. [emphasis added]

Will Smith assaulted a man over a nothing joke, and the Academy did nothing because of skin color.

Well, Whoopi was willing to admit that on Monday because the outrage had yet to reveal itself fully.

By Wednesday, though, the outrage was growing, so now you had the Academy saying, Yeah, we asked him to leave!

And now the Academy is being accused of lying about that.

This is glorious, and everyone deserves what’s coming to them.