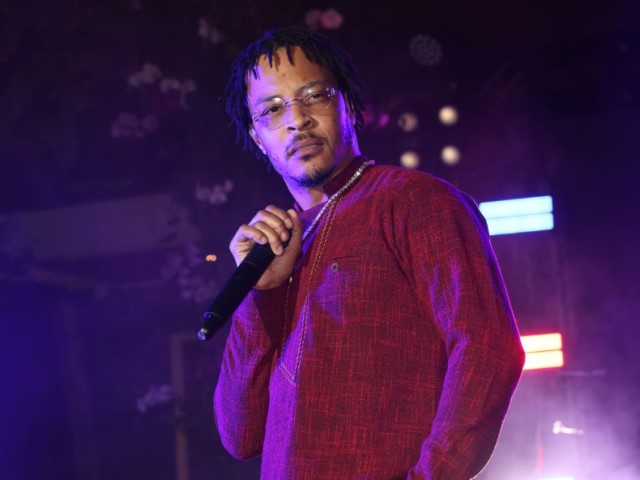 Rapper T.I. got booed during his first paid comedy show at the Barclays Center in Brooklyn, New York, on Saturday. Video clips from the event showing the rapper’s jokes falling flat surfaced to social media.

“He was about ten, eleven years old. I think that’s when the animosity started. The n***a walks in, caught me slamming his mom, you hear me? Nailing his mom. We ain’t been the same since.” T.I. can be heard saying on stage in an apparent attempt to perform standup.

The rapper’s comments, however, did not receive any laughter from the audience. Instead, the crowd can be heard shouting a booing.

Damn T.I. just got booed at his stand up comedy show in Brooklyn, NY 😭😭 pic.twitter.com/P8YVb3oyDg

The comedy show was T.I.’s first paid gig, the rapper noted in an Instagram post ahead of the event.

Last week — apparently taking his cues from the Will Smith playbook — T.I. harassed a female comedian at an Atlanta comedy club over jokes about sexual assault allegations made against him.

The altercation happened at an open mic event at Our Bar ATL when the rapper stormed the stage, put his arms around comedian Lauren Knight, and snatched the microphone from her after she mocked him over sexual assault allegations against the rapper and his wife.

T.I goes off on comedian for joking about his sexual assault allegations at a Comedy show pic.twitter.com/NLVXcS6Gpn