Avengers and Captain America star Frank Grillo slammed the rising crime in Democrat-controlled Los Angeles after his boxing trainer, Azuma Bennett, was “shot and killed over nothing.” The actor also called on “the powers that be” in Los Angeles to “get off their asses and fix this shit.”

“He made everybody feel good about training,” Grillo told KNBC of Bennett. “I don’t know what’s happened to Los Angeles that a beautiful guy like this gets shot and killed over nothing.”

The 30-year-old, who was a trainer at Fortune Boxing Gym, was fatally shot outside of a marijuana dispensary on August 12. Homicide detectives have not yet revealed a motive or identified any suspects.

Bennett, an Australian native, was shot “at least eight times,” and died while being taken to a local hospital, according to a report by New York Post.

“I’m glad this story is traveling. Maybe we can force the powers that be to get off their asses and fix this shit,” Grillo wrote in an Instagram story, reacting to the news of him slamming the rising crime in Los Angeles. “We in LA need to wake up to what has become a common occurrence.” 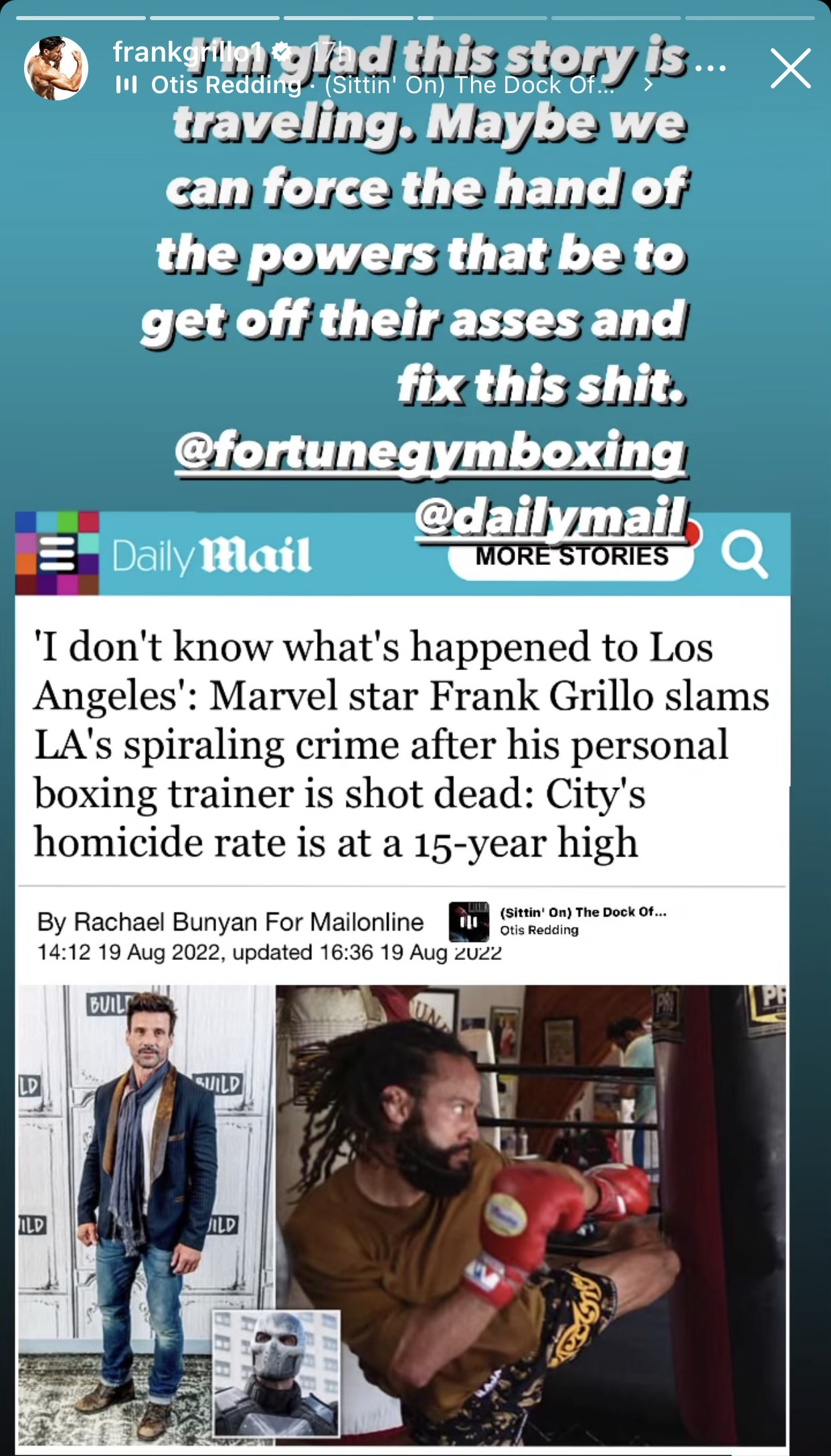 Meanwhile, Bennett’s friends have set up a GoFundMe page to help send his body back to his family in Australia.

“Fortune Gym has been in contact with his immediate family… and we asked how we could assist them during this tragedy,” the page reads. “We kindly ask the fight community world wide to work with us in helping ease the financial burden that was that has been shockingly placed unexpectedly on Azumas family. As many of you know, Azuma was from Australia and we need to get him home to his family.”

The GoFundMe page added that Bennett also had a dog “who is currently in care of one of his close friends – but arrangements need to be made for her to go to her new home.”

“Azuma loved that dog so much and we need to see that she is taken care of in his honor,” Bennett’s friends added.

Los Angeles has been plagued in recent years, with homicides, violent crimes, and gun violence all up.

As of April, shootings in the Democrat-controlled city are up by nearly 69 percent since 2020, with violent crime up by 7.2 percent compared to 2021, reports the Los Angeles Times.

Additionally, robberies — many of which involved firearms — are up by 18.5 percent compared to last year.