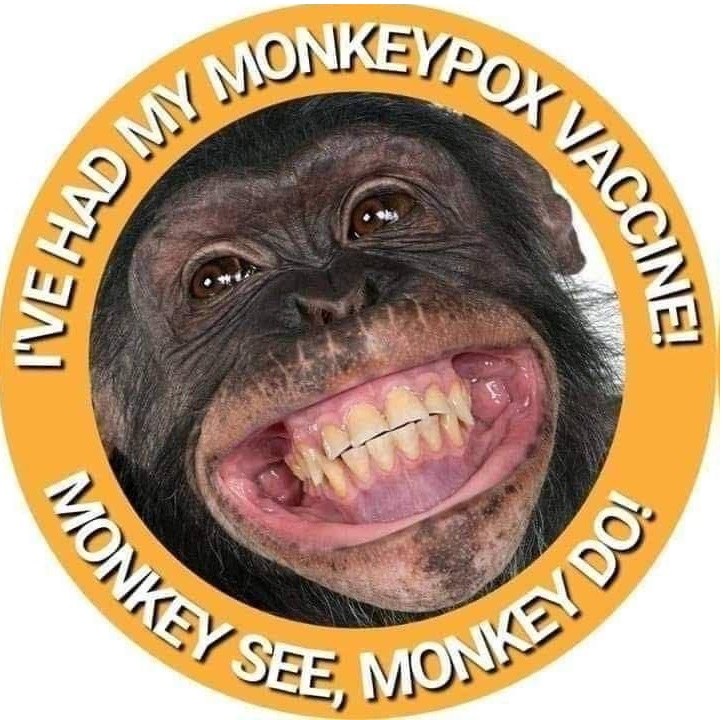 After weeks of indicating that perhaps the Bird Flu hoax was going to be recycled again as a new “pandemic” to instill fear and continue the state of “emergency” the entire country has been under since 2020 that has resulted in $trillions given over to Big Pharma for their products, mainly the COVID-19 “vaccines,” it appears now that plans are in place to actually use the “monkeypox” as the new “pandemic” to further the goals of the Globalists to create new vaccines and control the population.

The World Health Organization just announced that they are “convening an emergency meeting on the alarming spread of monkeypox around the world.” (Source.)

Just how bad is this new “outbreak” which now threatens the world in a similar way to how COVID threatened to wipe out humanity?

Cases of monkeypox in the UK doubled this week – to an “alarming” 20 cases. And it is now spreading to the U.S. at an alarming rate, as one person has reportedly now tested positive for it (determined by the PCR test apparently) in New York City. (Source.)

It appears that worldwide this “alarming spread” of monkeypox is well below 100 cases at this point, which means it would probably not even break into the top 1000 list of current infectious diseases spreading around the globe.

So why the media hype and sudden attention by government health organizations like the WHO and the CDC?

The first clue that this is a new “plandemic” is to see how Big Pharma is setup to profit from it, because disease management is first and foremost a marketing opportunity, and to create to the proper fear factor, one has to advertise a “new” and “deadly” disease to start the funds flowing through emergency use authorizations.

And sure enough, that first criterion for identifying a “plandemic” has been met this week, as Whitney Webb reported:

Two corrupt companies were in rocky financial territory just a few weeks ago. Now, with concerns over a global monkeypox outbreak being hyped by media and global health organizations alike, the worries – and sins – of these two firms are quickly being forgotten.

In recent days, concern over a global outbreak of monkeypox, a mild disease related to smallpox and chickenpox, has been hyped in the media and health ministries around the world, even prompting an emergency meeting at the World Health Organization (WHO). For some, fears have centered around monkeypox being the potential “next pandemic” after Covid-19. For others, the fear is that monkeypox will be used as the latest excuse to further advance draconian biosecurity policies and global power grabs.

Regardless of how the monkeypox situation plays out, two companies are already cashing in. As concern over monkeypox has risen, so too have the shares of Emergent Biosolutions and SIGA Technologies. Both companies essentially have monopolies in the US market, and other markets as well, on smallpox vaccines and treatments. Their main smallpox-focused products are, conveniently, also used to protect against or treat monkeypox as well. As a result, the shares of Emergent Biosolutions climbed 12% on Thursday, while those of SIGA soared 17.1%.

For these companies, the monkeypox fears are a godsend, specifically for SIGA, which produces a smallpox treatment, known by its brand name TPOXX. It is SIGA’s only product. While some outlets have noted that the rise in the valuation of SIGA Technologies has coincided with recent concerns about monkeypox, essentially no attention has been given to the fact that the company is apparently the only piece of a powerful billionaire’s empire that isn’t currently crumbling.

That billionaire, “corporate raider” Ron Perelman, has deep and controversial ties to the Clinton family and the Democratic party as well as troubling ties to Jeffery Epstein. Aside from his controlling stake in SIGA, Perelman has recently made headlines for rapidly liquidating many of his assets in a desperate bid for cash. (Full article.)

The second sign to look for, is if this “new outbreak” has already been predicted beforehand, and even simulated in an effort to predict how to “contain the outbreak,” much as COVID-19 was weeks before the first alleged cases even showed up, with the pandemic simulation called Event 201. 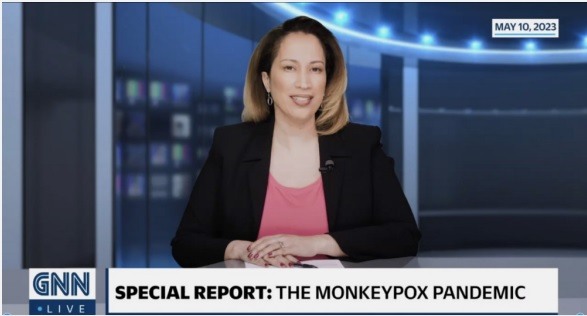 Fictional news broadcast in simulation about a monkeypox pandemic. Source.

And thanks to some investigations by Polly St. George, there was indeed a simulation of a “monkeypox” pandemic simulated in March of 2021 hosted by the Nuclear Threat Initiative with the Munich Security Conference to “conduct a tabletop exercise on reducing high-consequence biological threats.” (Source.)

Here is their “Executive Summary“:

In March 2021, the Nuclear Threat Initiative (NTI) partnered with the Munich Security Conference (MSC) to conduct a tabletop  exercise on reducing high-consequence biological threats. Conducted virtually, the exercise examined gaps in national and  international biosecurity and pandemic preparedness architectures and explored opportunities to improve capabilities to prevent  and respond to high-consequence biological events. Participants included 19 senior leaders and experts from across Africa, the  Americas, Asia, and Europe with decades of combined experience in public health, biotechnology industry, international security,  and philanthropy.

The exercise scenario portrayed a deadly, global pandemic involving an unusual strain of monkeypox virus that emerged in the  fictional nation of Brinia and spread globally over 18 months. Ultimately, the exercise scenario revealed that the initial outbreak  was caused by a terrorist attack using a pathogen engineered in a laboratory with inadequate biosafety and biosecurity provisions  and weak oversight. By the end of the exercise, the fictional pandemic resulted in more than three billion cases and 270 million  fatalities worldwide.

In this fictional simulation conducted in March of 2021, the first outbreak of this “new” deadly strain of monkeypox was to happen in May of 2022, which is exactly the same month when the current news cycle began about the current “alarming rate” of monkeypox “outbreaks.”

Many of the same players involved in Event 201 predicting the COVID-19 outbreak were also involved in this simulation, including Bill Gates.

But of course that is just a “coincidence,” and to suggest otherwise is to be a crazy “conspiracy theorist.”

At least that is what those who choose to believe this narrative will say as they line up to receive their emergency use authorized rushed-to-market new monkeypox vaccine, which is now being prepared as COVID-19 vaccine distribution begins to wane.

And why not? This business model worked so well beginning in 2019 when preparing for the yet-to-happen COVID-19 “pandemic,” why wouldn’t they try to replicate it since it was so successful?

Here is the full report by Polly St. George.