Palestinians Celebrate, Hand out Candy After Terror Attack that Killed 5 in Tel Aviv


Palestinians in multiple cities came out in droves to celebrate a shooting attack by a terrorist in a Tel Aviv suburb on Tuesday evening that killed five people.

The terrorist, identified as Diaa Hamarsheh, 26, a Palestinian from near the West Bank city of Jenin, smuggled into Israel illegally and began a shooting spree with an M16 assault rifle in the ultra-Orthodox city of Bnei Brak in central Israel, as Breitbart News reported.

Palestinians celebrated outside Hamarsheh’s family home and in other Palestinian cities later that evening.

Dozens of pictures and videos emerged of Palestinians all over the West Bank and Gaza handing out sweets as per the tradition in the aftermath of a deadly attack against Israelis.

A question for non-Israelis: Have you ever heard of the practice of handing out sweets to celebrate deaths in terrorist attacks?

One of the victims, Avishai Yehezkel, 29, was shielding his two-year-old son when the Palestinian terrorist sprayed bullets at him. His son remained in the street after his father was murdered. Apart from the toddler, Yehezkel was survived by his wife, who is eight months pregnant. 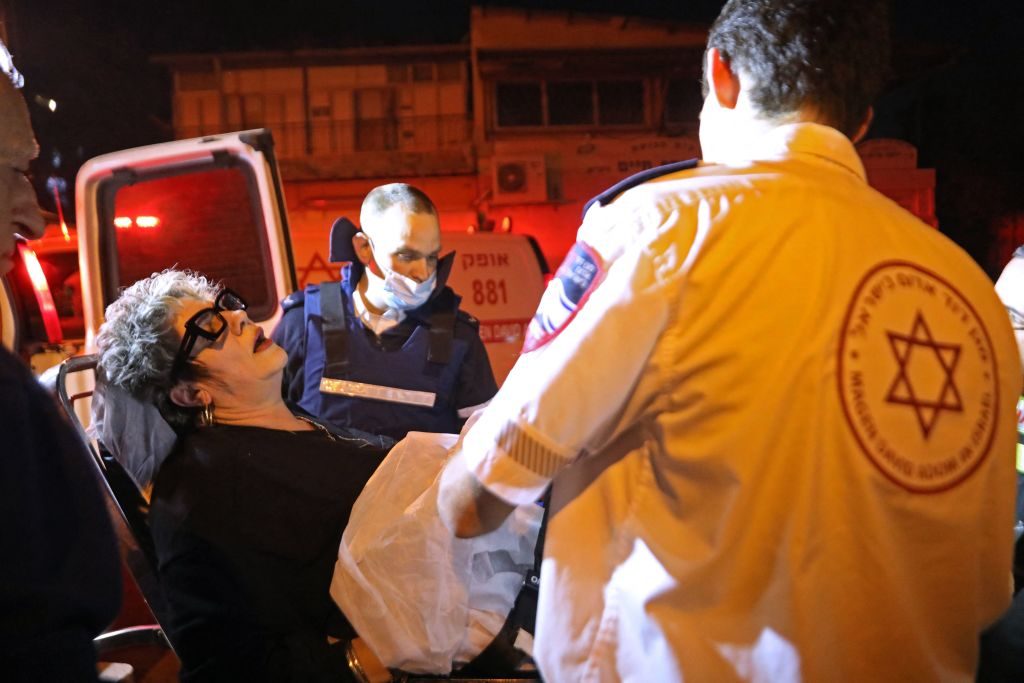 Israeli emergency personnel evacuate a wounded woman from the scene of a shooting attack on March 29, 2022 in Bnei Brak. (GIL COHEN-MAGEN/AFP via Getty)

The Ukrainian Embassy in Israel issued a statement condemning the “heinous” attack and confirming that two Ukrainian nationals, Victor Sorokopot, 38, and Dimitri Mitrik, 23, were among the dead.

Palestinians on social media also hailed their deaths, calling them “settlers” even though the two were not Israeli citizens.

In a time when people get morally outraged over just about everything, I’ve never once seen the same level of moral indignation against the practice of celebrating the deaths of victims of terrorism. pic.twitter.com/xT1EINoTzu

The other two victims were Amir Khoury, 32, an Arab Christian police officer who was one of two officers who killed the terrorist, and Yaakov Shalom, 36, the son of a prominent rabbi who died last year from COVID. Shalom was shot at point blank range from inside his car.

He was survived by his mother, wife and four children.

Palestinians handing out sweets to celebrate the murder of Israelis https://t.co/Zgl1oeEqzN

“Alongside the tragedy, it is important for me to tell you that your son saved the lives of many civilians,” Shabtai said according to the Times of Israel. “His actions will become a legacy and memory of heroism for the whole country.”

The shooting was the third terror attack within a week, claiming the lives of eleven people. 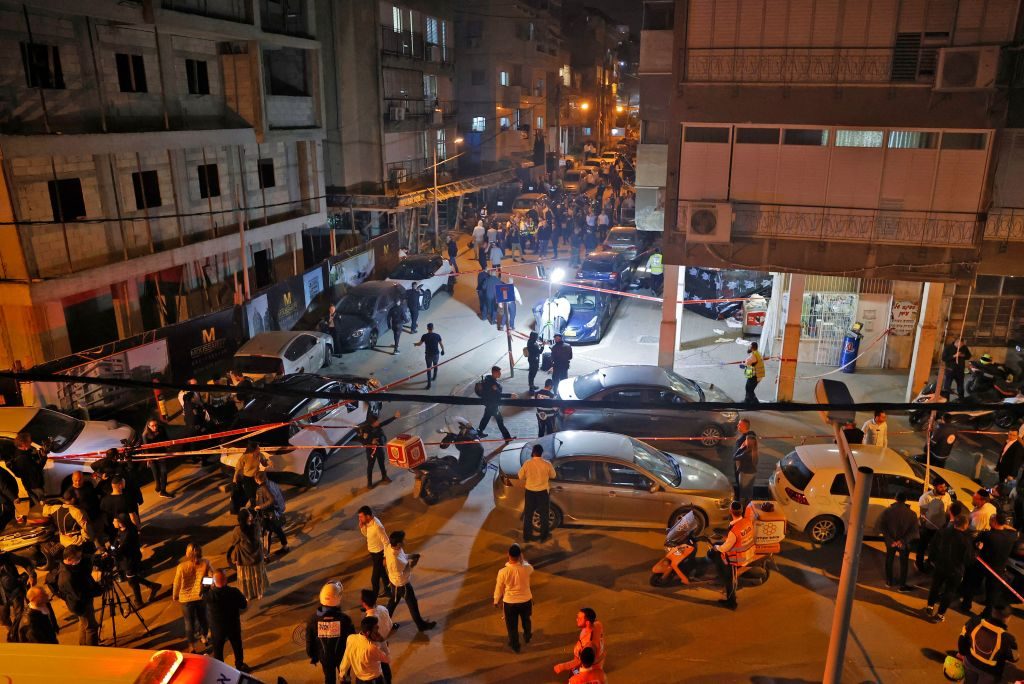 Israeli security forces and emergency personnel gather at the scene of a shooting attack on March 29, 2022 in Bnei Brak. (JACK GUEZ/AFP via Getty Images)

“Israel is facing a wave of murderous Arab terrorism,” Israeli Prime Minister Naftali Bennett said late Tuesday. “The security forces are at work. We will fight terrorism with persistence, diligence and an iron fist.”

“We are proud of the Palestinian people and the free people of the nation in the face of the heroic attack that struck all of Israel,” he said, adding that the terrorists who carried out the recent attacks were “heroes.”

Do you see the celebrations and passing out candies? It is in the Palestinian Authority and Gaza. They’re celebrating a terrorist attack, the murder of Israelis — both Jews and Arabs. They’re celebrating spilled Israeli blood, of innocent victims, of shattered families. pic.twitter.com/VEiqT6LF0B