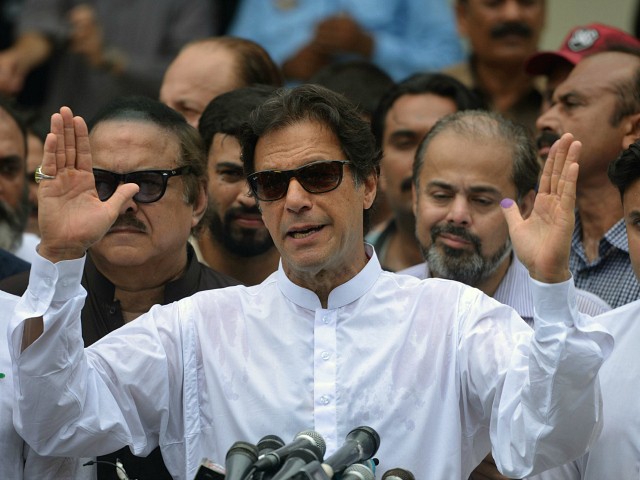 Pakistan’s parliament voted to oust Prime Minister Imran Khan in a “no-confidence” vote early Sunday, with 174 of the parliament’s 342 members voting for his ouster, according to the BBC. The vote came after a verdict by Pakistan’s Supreme Court Thursday ruling against his administration’s dismissal of the planned “no-confidence” vote.

Khan had advised Pakistan President Arif Alvi to dissolve Pakistan’s National Assembly according to Article 58 of the Pakistan Constitution on April 3, though Pakistan’s Supreme Court additionally overturned this move in its April 7 ruling, ordering the parliament to reconvene on Saturday.

Khan said on Friday he was “saddened by” but accepted the verdict by Pakistan’s Supreme Court, Pakistan’s Dawn newspaper reported.

“I am saddened by the verdict, but I accept it,” the prime minister stated at the start of a nationally televised address on April 8, as quoted by the Dawn.

“There was foreign interference in Pakistan’s [planned] no-confidence [vote]. I wanted the SC [Supreme Court] to at least look at it. It was a very serious allegation that a foreign country wants to topple the government through a conspiracy,” Khan said.

Prime Minister Khan on March 27 accused foreign forces, whom he later named as members of the U.S. State Department, of inciting the “no-confidence” motion against him as part of an effort to enact regime change in Pakistan by ousting Khan from power.

Khan and Suri have in recent days cited an alleged letter sent from the U.S. State Department to Islamabad in which Washington “threatened” to force Khan’s ouster as evidence of foreign interference in the country’s government.

“In an official document, it was said that ‘if Imran Khan remains the prime minister, our ties will suffer and you will face difficulties,’” Khan said during a live, nationally televised address on March 31. “It means that they [the Opposition] were connected with these people abroad,” the prime minister alleged.

Khan referenced this alleged written document during his nationally broadcast speech on April 8. “The SC [Supreme Court] could have at least asked for and looked at the document to gauge whether we’re speaking the truth. I was a bit disappointed because this is a very big issue and there was no discussion on it in the SC,” he acknowledged.

According to the BBC, Pakistan’s parliament will meet to vote for the country’s new prime minister on Monday. The new prime minister is expected to be Pakistan Muslim League leader and former Prime Minister Nawaz Sharif’s brother, Shahbaz Sharif, according to the Associated Press. Nawaz Sharif was convicted of corruption and disqualified from holding office by Pakistan’s Supreme Court in 2017.