Yes, you’ve heard of George Floyd, the holy, blessed martyr, peace be upon him, newly beatified by the pagan church of anti-racism. He rests on his misty perch in atheist heaven on God’s right side, gazing benevolently upon us.

Yes, that George Floyd, the one with the rap sheet down to his ankles. He had eight jail sentences for a variety of charges, including drug possession, theft, criminal trespass and armed robbery during a home invasion. That latter charge involved holding a loaded firearm against the belly of a pregnant woman while five compatriots pillaged her home. Nice, George.

We live in a post-George Floyd universe. The violent riots that swept our cities that summer changed the nation. It may serve to review the facts of the case.

Floyd met his fate, as the entire world knows, on May 25, 2020, in Minneapolis, when police were called because he attempted to pass a counterfeit bill. The disturbing video of the encounter with law enforcement showed officer Derek Chauvin holding his knee against the back of Floyd’s neck for nearly nine minutes. He was face-down on the ground and handcuffed as he called for his “momma” and said that he could not breathe.

Floyd, indeed, stopped breathing and subsequently died. There was nonstop mayhem and violence in our cities for the remainder of the year leading to the election in November.

The final autopsy report issued by the Hennepin County medical examiner indicated that the cause of death was “cardiopulmonary arrest complicating law enforcement subdual restraint, and neck compression.” Under enormous political pressure, it also stated that the manner of death was homicide.

The media, Democrats, and their leftist militias, Black Lives Matter and antifa, hold that the Floyd episode was another example of police racism and brutality targeting blacks. But the contradictions in the story suggest otherwise.

Two of the four officers who responded are not white. The chief of the Minneapolis police, Medaria Arradondo, is black. Minneapolis is a Democrat-run city. Its mayor, Jacob Frey, is a Democrat, as is Minnesota’s governor, Tim Walz. Minnesota has voted Democrat in every national election since 1932, including the Reagan landslide of 1984, making it the only state Reagan lost. Are the critics saying that the Democrats who run the police department, city and state are racists?

Then came suppressed videos and court documents that mysteriously went missing as the outrage festered and our cities burned.

The body cam videos of the other three officers present during the arrest, Tou Thao, Thomas Lane and Alexander Kueng, showed Floyd was highly agitated and erratic. He resisted arrest before the officers placed him on the ground. He appeared to have lost all self-awareness, complained of stomach and neck pain, and foamed at the mouth. The officers struggled to get him in the back of the squad car. Once there, he complained that he couldn’t breathe. He then left the vehicle on the opposite side. In another video, Floyd is seen in his car before the arrest swallowing a white pill.

None of the four officers involved in the incident used racial slurs or even referred to his race. There was no evidence that race motivated them at all. Furthermore, why would Chauvin deliberately murder Floyd in broad daylight with multiple witnesses present and cellphones and body cameras recording? If the cops intended to murder Floyd, why did they call an ambulance and help Floyd after the medical team arrived?

Previously suppressed court documents showed that the chief medical examiner, Dr. Andrew Baker, stated that the fentanyl level in Floyd’s blood was “pretty high” and could be a “fatal level of fentanyl under normal circumstances.” Baker also said that “if Mr. Floyd had been found dead in his home … and there were no other contributing factors he would conclude that it was an overdose death.” Floyd’s fentanyl level was 11 ng/mL. Baker told investigators that “deaths have been certified with levels of 3.”

Other forms also noted that Floyd had a “heavy heart” and “at least one artery was 75% blocked.” The armed forces medical examiner agreed with Baker’s findings, writing that Floyd’s death was “caused by the police subdual and restraint in the setting of severe hypertensive atherosclerotic cardiovascular disease, and methamphetamine and fentanyl intoxication.”

So if the knee on the neck didn’t kill him, what did? Why, drugs did.

Floyd overdosed on fentanyl, which stopped his breathing and his heart in what is known as cardiopulmonary arrest, resulting in death — whether the officers encountered him or not. The stress of the arrest and positioning did not help, but with the amount of fentanyl he had ingested, he would have died anyway. He also had morphine, amphetamine, alcohol and marijuana in his system. He died of cardiopulmonary arrest caused by a fatal fentanyl overdose and underlying cardiac disease. He sealed his own fate.

Chauvin was convicted of second- and third-degree murder and manslaughter and sentenced to 22 years in prison. All four officers were convicted of violating Floyd’s civil rights. Lane and Keung pleaded guilty to aiding and abetting second-degree murder and manslaughter. Thao is awaiting trial. The other three officers are serving prison terms of some three years. Their careers are over.

Yet none of the officers sought to murder Floyd. There was no intent to do so. Although they have since been changed, at the time, Minneapolis police training materials show pictures of a suspect, face-down, handcuffed, with knee on neck. Chauvin was simply following police protocol. The autopsy and videos demonstrate it was not racially motivated and was not murder. These officers are innocent. They should have never gone to trial. It was a fraud, a manufactured lie.

Why didn’t authorities release the exculpatory evidence earlier to prevent the riots, looting, destruction and death? Cops did not kill Floyd. Why did they let cities burn? Because the left wanted the lie to go out. Authorities deliberately withheld evidence that could have cleared the police, undermined the narrative, and stopped the mob violence.

Black lives don’t matter to the left, the media, the Democrats, or their brown-shirt militias. Blacks are simply pawns in their game. They use them, reckless charges of police brutality and “systemic racism,” and the consequent civil unrest to agitate their base, get out the vote and win elections. It is naked will to power, nothing more, whatever the cost.

The family of George Floyd received a $27 million settlement from the city of Minneapolis. This is the legacy of the George Floyd case: mob rule and two-tiered justice. 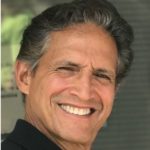