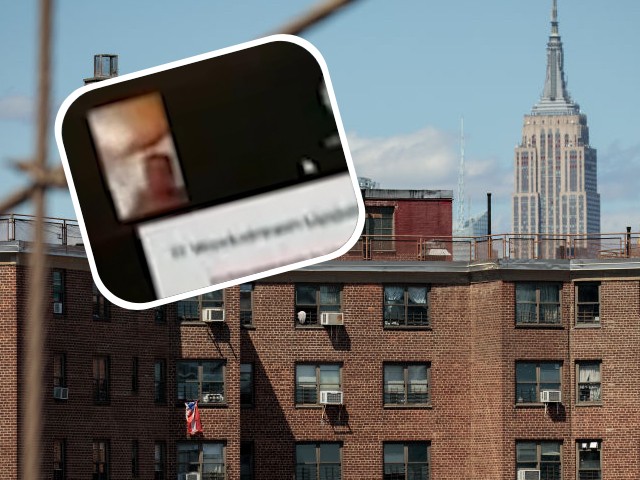 “The video, obtained by THE CITY, reveals a blurry image of Tolozano with the woman and captures discussion among other NYCHA staff trying to figure out what was going on,” the outlet said Friday.

One person said the man was lying in a bed, and moments later, a woman appeared in the camera. In the seconds after that, Tolozano allegedly appeared with no clothes on.

According to the outlet, the incident happened on the internal NYCHA call Wednesday during work hours.

What appeared to be Tolozano’s LinkedIn profile described him as a Superintendent for the New York City Housing Authority (NYCHA).

Breitbart News reported at the time:

A city official said complaints were filed with New York City’s Department of Investigation, which recommended NYCHA officials take disciplinary action against the employees. NYCHA then decided to clean house at that location.

Per the City article, Tolozano oversaw several NYCHA developments in the Bronx, and last year, he earned $129,000, according to records.

Barbara Brancaccio, who is NYCHA’s chief communications officer, said officials were told about the recent incident not long after it took place and NYCHA suspended Tolozano without pay for 30 days.

“Inappropriate activity, absconding from work, and time abuse are not tolerated at NYCHA and will be met with suitable consequences,” she added.