A new poll shows Americans are not happy with Disney’s full embrace of the LGBTQ movement and reprehensible grooming of children.

The survey found that nearly 7 in 10 Americans no longer want to do “business” with Disney and will instead seek out “family-friendly alternatives.”

Disney gets hit with brutal news.https://t.co/TUW3DfOSsG

The latest data said that 68.2% of voters are now “less likely to do business with Disney.” Of those, 57.2% are “much less likely” to buy from the entertainment giant known for its kid-friendly parks and movies.

What’s more, 69% said that they are likely to “support family-friendly alternatives to Disney.”

The survey, from Convention of States Action in partnership with The Trafalgar Group, also found that concerns about Disney’s plan to create related content are bipartisan, with 48.2% of Democrats also saying they are less likely to “do business” with Disney.

The poll follows several reports that Disney is open to exploring sexual issues and LGBTQ characters in its products.

Just this week, a key Disney heir revealed that his child is transgender, and the firm’s CEO said that she is the “mother of two queer children — one transgender child and one pansexual child.” 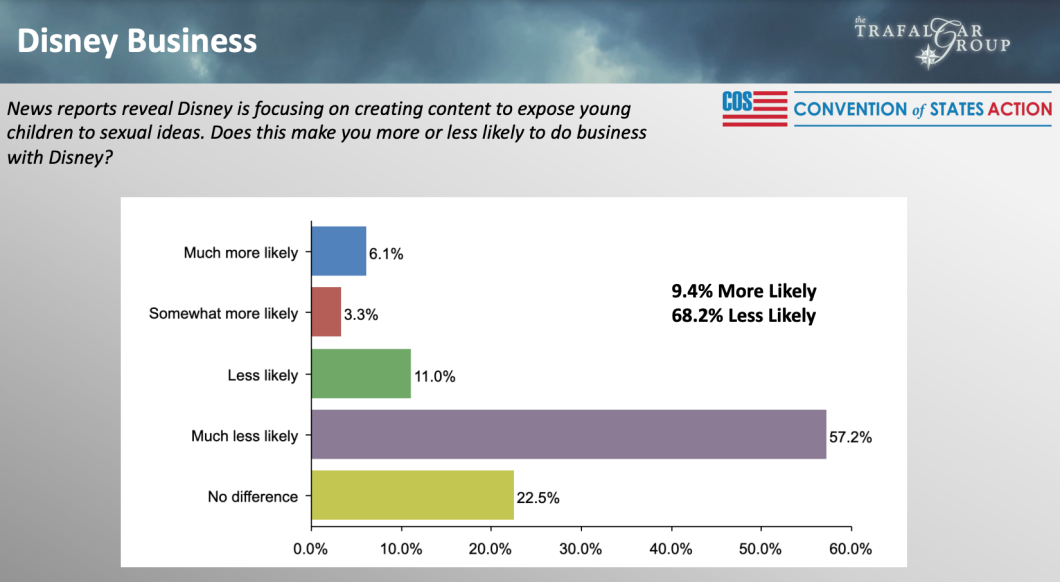 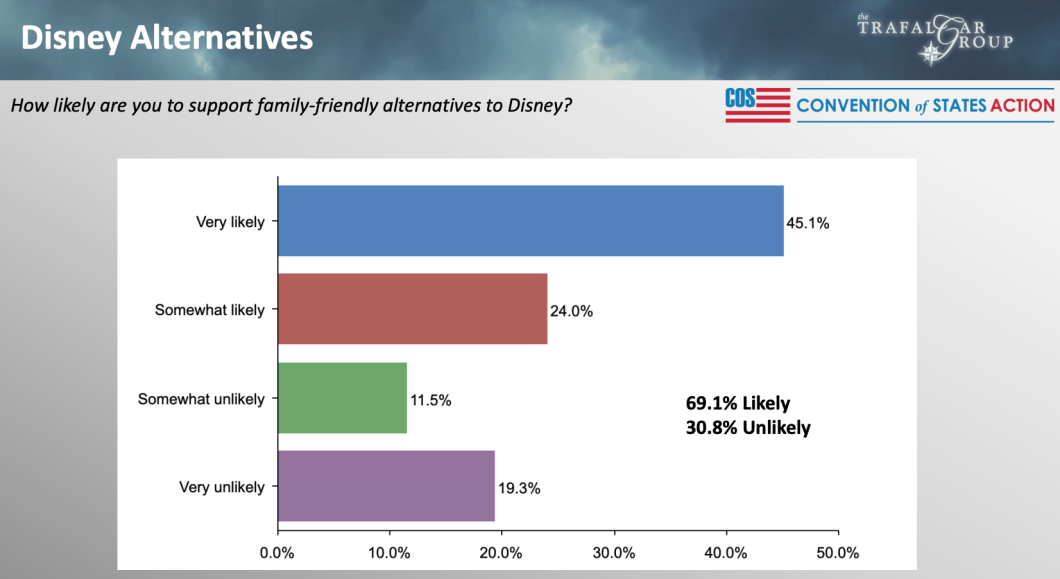 The best way to hurt Disney is their pockets.

Refuse to give Disney any of your hard-earned money.

That task will be tough for millions of Americans given the number of companies Disney owns:

this world is so incredibly greedy it’s insane.. like Coco-Cola owns everything, Nestle, Disney.. and they’re all such HORRIBLE corporations… something needs to be done about this. like i wish it was possible to boycott this many things pic.twitter.com/ZRXU3goSEM