A spokesman for Pelosi said the Speaker tested positive and was currently “asymptomatic.”

“The Speaker is fully vaccinated and boosted, and is thankful for the robust protection the vaccine has provided,” the statement read, noting Pelosi would quarantine herself according to Centers for Disease Control guidelines.

The Speaker’s office also confirmed that a planned congressional delegation to Asia had been postponed as a result of the positive test for the virus.

Pelosi last appeared with President Joe Biden at the White House for a bill signing on postal reform on Wednesday evening. 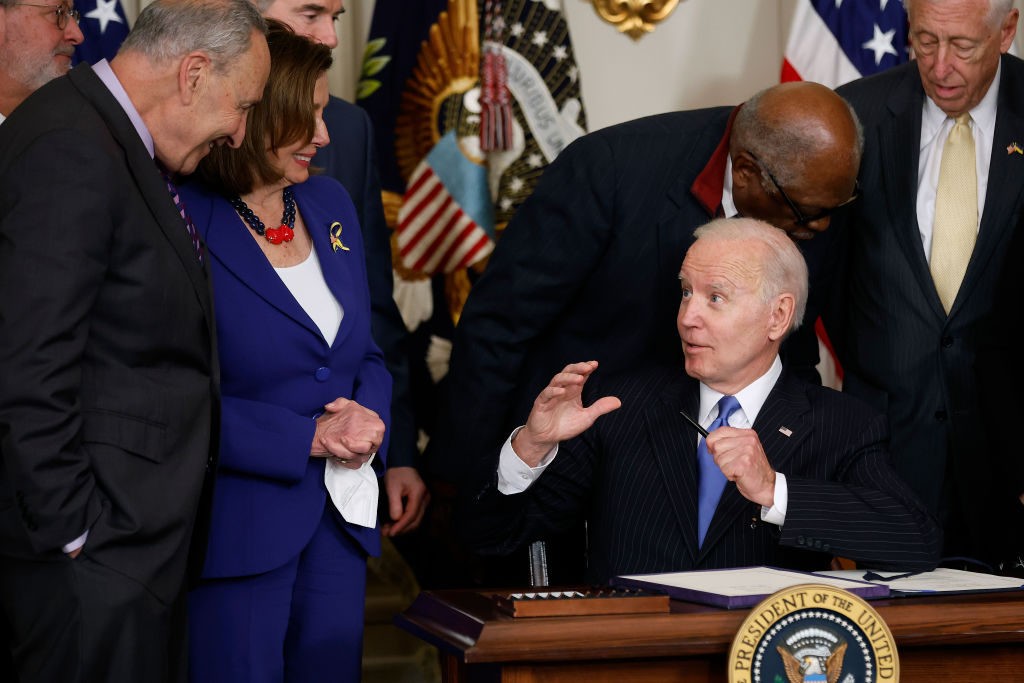 She stood right next to Biden and exchanged pleasantries at the ceremony. Neither of the two were wearing masks.

Biden appeared eager to spend time speaking with members of congress after the ceremony.

He spent over 20 minutes in the room shaking hands, giving hugs, and taking pictures with prominent Democrats before leaving.

The White House issued a statement revealing that Biden tested negative for the virus on Wednesday night.

The president has no public events on his schedule for Thursday.

Pelosi also spent time at the White House with former President Barack Obama on Tuesday, kissing his hand and hugging during the event. The former president announced March 13 that tested positive for the virus. 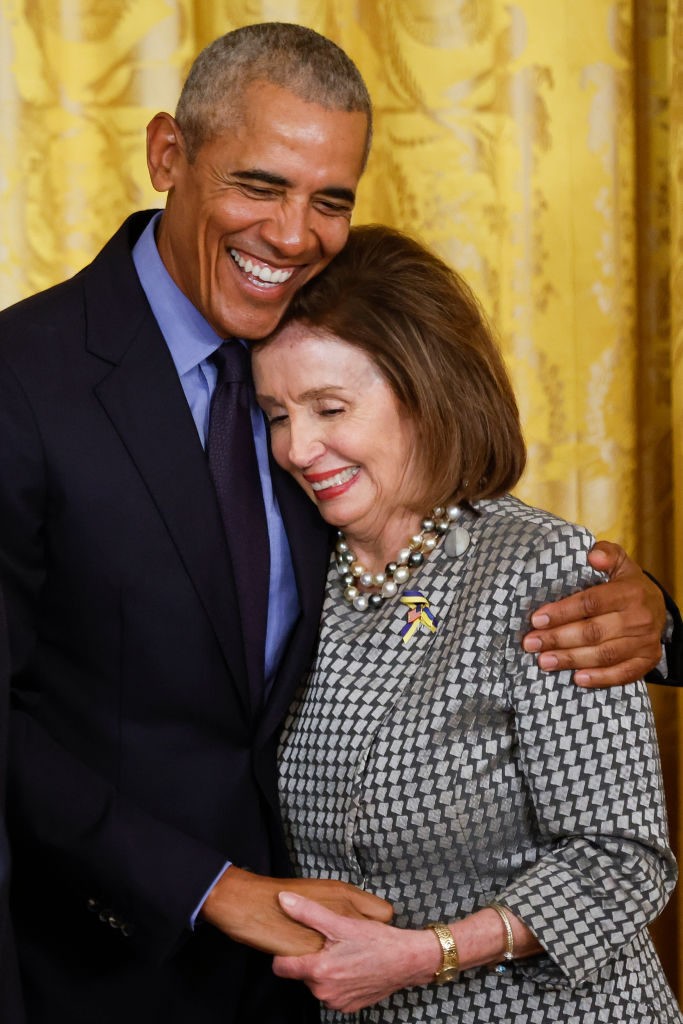 Former President Barack Obama hugs Speaker of the House Nancy Pelosi (D-CA) at the end of an event to mark the 2010 passage of the Affordable Care Act in the East Room of the White House on April 5, 2022 in Washington, DC. (Chip Somodevilla/Getty Images)