Police indicate a Sunday morning shooting in Sacramento, California, occurred following a fight and that multiple shooters were involved.

Early Sunday, Breitbart News reported that six people were killed and numerous others injured as bullets were fired. 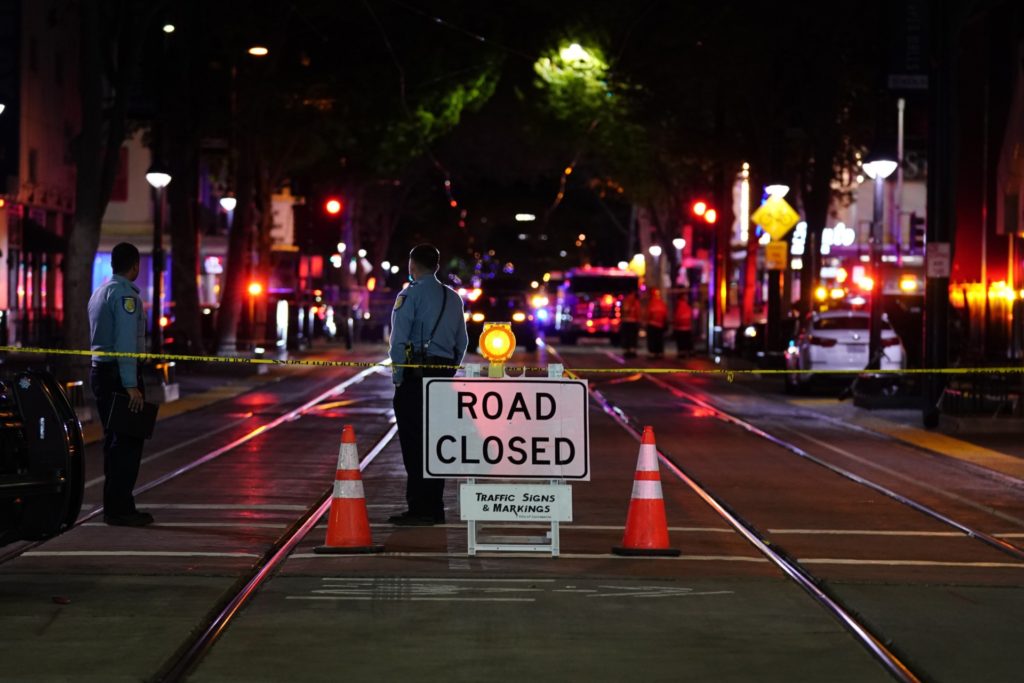 A roadblock is set a block away from the scene of an apparent mass shooting in Sacramento, CA, Sunday, April 3, 2022. (AP Photo/Rich Pedroncelli)

Details about the shooting were not readily available, and at 3:52 a.m., Sacramento Police tweeted, “Conditions unknown at this time. Please avoid the area as a large police presence will remain and the scene remains active.”

By late afternoon, more details were released, including news that a fight preceded the shooting.

CNN quoted Sacramento Police Chief Kathy Lester saying, “We know that a large fight took place just prior to the shootings. And we have confirmed that there are multiple shooters.”

KCRA points out that police recovered a stolen gun at the scene of the shooting.

Large fight took place prior to the shootings.
Stolen handgun recovered from the scene.
More than 1 shooter, PD not sure if more than 1 gun used in shooting.
PD camera off 10th and K street captured surveillance video.
Hundreds of pieces of evidence to sort through.@kcranews