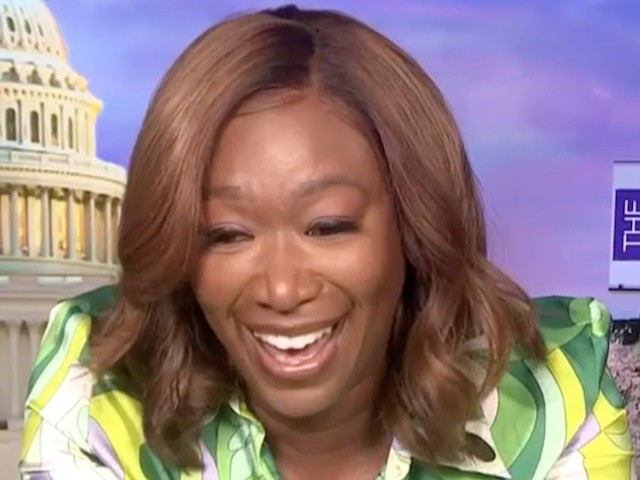 MSNBC anchor Joy Reid had a fit of laughter Friday on her show “The ReidOut” after playing a rap video praising Rep. Matt Gaetz (R-FL).

After playing a clip from the video, while laughing loudly, Reid said, “I’m so sorry! I’m so sorry! Ok, it’s the way he —  Help me!”

Contributing writer at The Atlantic, Tom Nichols, replied, “This is gonna send me back to listening to Led Zeppelin.”

While laughing, Reid said, “Why are they doing this, Tom? Who is this supposed to be played to? The people in the video look so confused!”

Nichols replied, “You know, Donald Trump was a staple of a lot of hip hop and rap in the past. And you know, maybe it’s just guys trying to be transgressive and cool. And saying, ‘Who is the most absurd loser there is that we can write a song about?’”

Reid asked, “Is hip hop dead because of this?”

She continued, “I’ll be honest, Joy. Besides that clip, I made it to about 10 other seconds. When the producer sent me this link, I could not get far. I’m like, this is a joke, right?”

Reid concluded, “My producer is standing right here in case I fall down. I laughed so hard today my eyelashes were about to come off. These people are so jealous of the culture they are like. We are going to get in the culture. We are going to do a rap video about Matt Gaetz.”