Minor Leaguers Duke it Out in Wild Melee 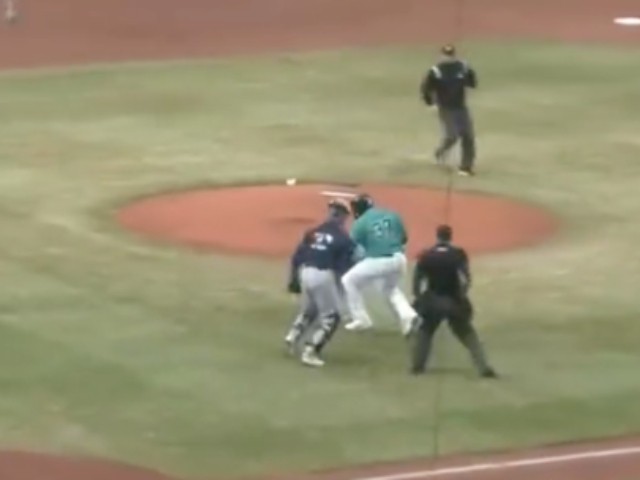 The Birmingham Rumble Ponies lived up to their name Thursday night as they took on the Portland Sea Dogs in a wild bench-clearing brawl.

The teams threw down with the bases loaded in the bottom of the third inning after a batter got hit by a pitch.

HAYMAKER turns into benches clearing chaos. What a scrap. pic.twitter.com/5LDd4PSj3A

For whatever reason, though, as the batter was trotting to first base, the pitcher lost his mind, screaming and gesticulating wildly towards home plate. This caught the batter’s attention, words were exchanged, and away we go!

It could well be that the pitcher believed the hitter was faking it. Grabbing the arm or hand and wincing is a common ploy to draw a hit-by-pitch call from an ump, for those inclined to do such things.

Extra concerning is the injured Rumble Ponies player being attended to at the end of the video. No word was given on the condition of the player.