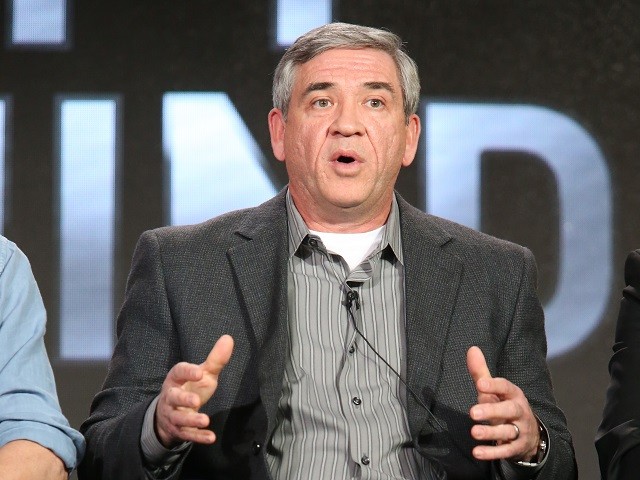 One of the three contenders for the Republican nomination in Alabama’s U.S. Senate race told his business supporters that he wants more legal immigrants to prevent Americans from getting wage raises.

“If there’s a shortage of labor, you’ve got to pay labor more to do the jobs that you need done,” business owner and U.S. Army veteran Mike Durant said in a video acquired by Breitbart News during a March 10 Zoom call with supporters at an Alabama consulting firm BMSS Inc.

Why would you not want more green cards available so that people can legally come into this country and work? I mean we need that. This country was built on immigration … It’s completely illogical, and it’s because every decision they’re making is based on politics and what’s going to play well to my [GOP] base, versus what’s right in this moment for the people that I represent.

Durant’s phrase — “the people that I represent” — refers to his business supporters and would be a considerable rejection of President Donald Trump’s winning campaign platform in 2016.

Several articles have noted Durant’s backing from coastal investors — including Trump opponents — who donate to his campaign via several groups. Those groups include the donor-directed Political Action Committees called America’s Promise and More Perfect Union.

Chambers is a leading advocate for more green card workers, including workers imported from India, according to an October 2019 report by Breitbart News:

Many millions of Indian graduates should be allowed to take white-collar jobs from U.S. college graduates, says a coalition of top U.S. business leaders.

The U.S. India Strategic Partnership Forum is a spin-off of the U.S. Chamber of Commerce. It is run by the current and former CEOs and presidents of Cisco, Boeing, Deloitte, Adobe, Caterpillar, Dell, FedEx, Medtronic, Marriott, PepsiCo, and other companies. The forum’s 20-page pitch says:

The US-India Strategic Partnership Forum (USISPF) is committed to creating the most powerful strategic partnership between the U.S. and India. Promoting bilateral trade is an important part of our work, but our mission reaches far beyond this. It is about business and government coming together in new ways to create meaningful opportunities that have the power to change the lives of citizens

Amid the corporate blurb, the group admits it wants to allow the free movement of Indian graduates from low-wage India into the high-wage U.S. economy, saying “USISPF’s Workforce Mobility Committee will … continue to make the case for the free flow of skilled labor in both countries.”

“The group is led by former Cisco CEO John Chambers, and it met with India’s Prime Minister Narendra Modi on October 21,” Breitbart reported.

In April, Fortune.com reported: “Former President Donald Trump has vowed to drive the 10 House Republicans who voted to impeach him out of office, but GOP donors, political action committees and even some Democrats poured money into those candidates’ coffers … [They each got] $2,900 from John Chambers, the former executive chairman and chief executive officer of Cisco Systems Inc.”

Other donors include the founder of Asurion and Founders Advisors,

Durant’s company, Pinnacle Solutions, is based in Huntsville, AL. It provides logistics and training services to the U.S. military.

Durant’s campaign did not respond to questions from Breitbart News.

Durant’s push for more green card workers is great for investors nationwide — but is also a direct threat to the jobs and wages of many American workers in Alabama, including nurses, engineers, software experts, accountants, and many professionals at the state’s universities.

And Durant’s push for more green cards also threatens to push Alabama further behind the rest of the United States.

Coastal Investors vs. the Heartland

During the last several decades, the U.S. federal government has extracted 45 million immigrants from their home countries, according to a pro-migration site, NewAmericanEconomy.org. But just 163,000 of the migrants — or one-third of one percent — live in Alabama, and more than 99 percent live in other states.

This means that 99 percent of any new inflow of green card workers will settle in other states, primarily the coastal states of New York, California, Florida, and Texas. The migrants’ movement into those other states will minimize economic incentives for coastal investors to hire Alabamians in far-away Alabama.

When Republicans “champion mass immigration, they’re reducing any incentives for business to come into their own states,” said Mark Krikorian, director of the Center for Immigration Studies. He said that American employees in Alabama and their towns “are kept low status, less prosperous, and less dynamic because mass immigration is rendering the people irrelevant” to coastal investors.

For example, Alabama gained only $182 million in late-stage venture capital investments in 2020, according to a report by SSTI.org. Those investments added up to just 0.12 percent of the $156 billion invested nationwide —  the vast majority went to states whose economies were inflated by imported workers, consumers, and renters, such as California, New York, and Texas.

“Mike Durant’s plan is about as sensible as the University of Alabama agreeing to start on the 99-yard line and letting the opponent start on the one-yard line,” responded Jay Palmer, an Alabama-based immigration and human trafficking adviser and who was an immigration advisor to President Donald Trump.

In August 2021, Breitbart News reported a major study by West Coast investors, which showed that the vast majority of wealth generated by an immigration amnesty would flow to the coastal states because that is where migrants prefer to live. For example, the investors’ data showed that Alabama would gain just $1.1 billion of a projected national gain of $121 billion.

The government-delivered population of low-cost foreign tech workers into California, for example, has helped create $11 trillion in stock value for investors in one section of Silicon Valley. But that inflow also minimizes investors’ interest in American graduates, especially Alabama’s workers.

This investor push is designed to steer wages and wealth away from the ordinary Americans who backed Trump in 2016 and toward the investor class who turned on Trump to support candidate Joe Biden in 2020.

Tilting the Playing Field in Alabama

Even when jobs are created in Alabama, Durant’s plan is unfair to Alabama’s graduates who need jobs and careers at decent wages, Palmer added. “I encourage him to go to the graduations at the University of Alabama, Alabama State, or Auburn, and tell the graduating classes that they’re now in competition with  [foreign] people for the same job and lower wages,” he said.

The federal government migration policy tilts the labor market within the states, including Alabama, against American graduates. It tilts the market by allowing employers to hire foreign graduates with the dangled promise of government-provided green cards for them and their families, Palmer said.

Employers have to pay Americans with cash, which reduces the employers’ profits and stock values. But the government allows employers to pay foreign graduates with the non-cash, deferred bonus of government-provided green cards that are worth at least $500,000, he said.

Green cards are extremely valuable because they allow foreigners — and their children — to live and work in the United States. They can also be used as tickets for citizenship, which would enable the foreign graduates to bring their chain-migration families into the United States.

The reduced wages made possible by the green card programs spike the investors’ wealth on Wall Street. For example, Fortune 500 companies lost $100 billion in stock value when Trump blocked the 2020 inflow of additional H-1B and L-1 visa workers, most of whom hope to get green cards, according to a pro-business study.

The dangled green cards also help employers hire cheap foreign workers in Alabama for jobs that would otherwise provide a good living to Alabama voters and their families.

In many cases, the indentured foreign workers must stay on the job — for low wages, long hours, and several years — before the employers apply for the bonus prize of a green card.

But many investors and progressives are cheering for more immigrants, even though at least 10 million American men have been pushed to the economic sidelines by employers’ preferences for younger, healthier, and more compliant migrants.

Many of those Americans were being pulled off the economic sidelines in 2020 by Trump’s low-immigration, high-wage boom.

This business cheerleading for more, more, and more legal immigrants — to take more jobs, rent more houses, and fill more markets — is accompanied by frequent declarations that, of course, illegal immigration is bad.

“Why would you not want more green cards available so that people can legally come into this country and work?” Durant said May 10. “What we need to stop is illegal immigration … if you make it harder to come here and work legally, more people are going to do it illegally.”

“It’s certainly important not to encourage illegal immigration, but it’s equally important — actually more important — to raise the number of immigrants we’re bringing into the country,” said New York Times columnist Gail Collins. “Given the very low birthrate in America, we’ve got to attract all the willing workers we can,” she said on April 11.

Investors, wealthy people, and most politicians do not care about the impact of immigration on ordinary Americans, said Palmer. “We know they don’t care because if they did, they would have more than two sentences on immigration policy on their website,” he said.

Durant’s opponents, Rep. Mo Brooks (R-AL) and former Business Council of Alabama president and CEO Katie Britt, have positions staked out on the immigration issue posted to their websites.

“As your Senator, I will work to make sure that we pass immigration laws that are aimed at protecting American workers,” says the site for Rep. Mo Brooks (R-AL). “As long as there are foreign workers who are willing to work for lower wages than Americans, special interests will continue to undercut American workers by falsely claiming that immigration is necessary to address ‘chronic labor shortages.’”

“The Biden Border Crisis is also unfair to those that come to America the right way – legally – in pursuit of the American Dream,” says the website for Katie Britt. “I support legal immigration that promotes growth for Alabama families, jobs, and communities.” In April, she added additional statements.

“Mike Durant believes we need to build the wall that President Trump started, but Joe Biden suspended,” says Durant’s website. “He opposes any pathway to citizenship that rewards lawbreakers and would deport illegals back to their country of origin, forcing them to come here through legal channels.”

However, Durant acknowledged he has more to learn about U.S. immigration protocol.

“I don’t know the green card process as well as I need to,” Durant told his allies at BMSS. “I plan to study up on that a little bit more.”