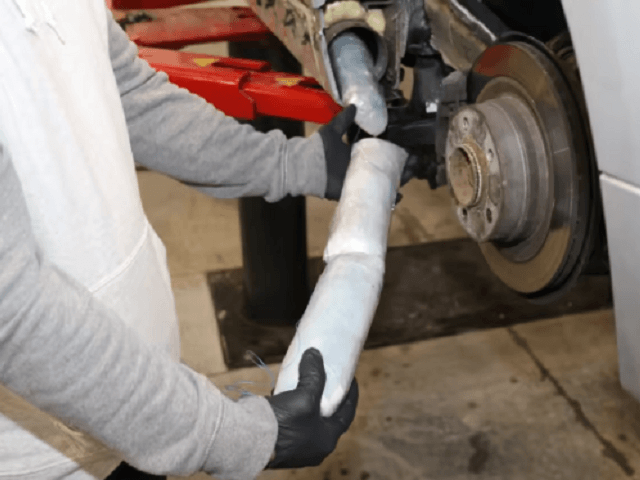 Sterling Heights police attempted to stop a BMW on April 8. The driver refused to yield, Fox2 Michigan reported this week.

The chase ended when the driver pulled into a dead-end road and fled on foot. Officers arrested him not far from the vehicle.

In addition to the driver, the officers also arrested a female passenger. Both allegedly told the officers they were Mexican nationals in the U.S. illegally and were working for an unidentified drug cartel, WDIV Detroit reported.
Officials estimated the street value of the drugs to be in excess of $350,000. They said there was enough fentanyl to kill “thousands of Michiganders.”

The CDC reports that fentanyl is now the leading cause of death between the ages of 18 and 45, according to Families Against Fentanyl.

In Texas, Governor Greg Abbott initiated Operation Lone Star to counter the influx of the deadly substance amid border policy shifts by the Biden Administration.

“When you look at the fact that we’ve apprehended enough fentanyl to kill every man, woman, and child in Texas, and the fact that fentanyl is the leading cause of death in the United States for people between the age of 18 and 45,” Abbott said in an exclusive interview with Breitbart in March. “In Texas, more than 1,300 people lost their lives last year because of fentanyl,” the governor added.

“The Texas Military Department said that from March 2021 through earlier this month, its troops near the border confiscated more than 1,200 pounds (540 kilograms) of fentanyl,” the governor said in an AP interview reported by Breitbart. “By comparison, federal authorities reported confiscating about 11,000 pounds (4,990 kilograms) in 2021 — still a fraction of what entered the country.”