Breitbart Texas watched along the Rio Grande on Saturday as small groups of mostly family unit migrants crossed near the downtown area of Eagle Pass. Larger migrant groups of more than 40 crossed into the United States farther south. 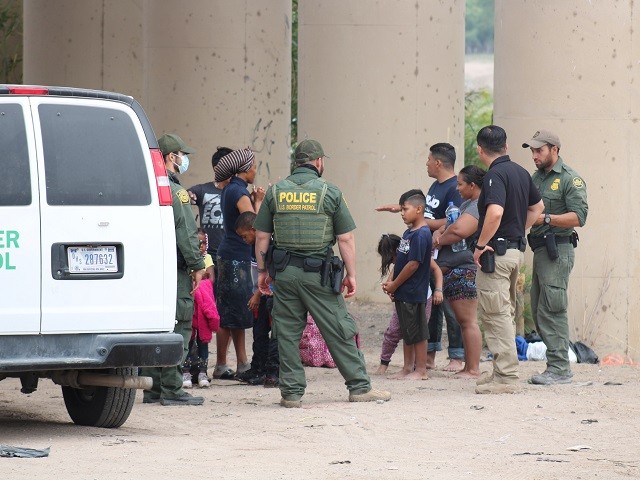 Near the Camino Real International Bridge, migrants forded the river and walked along the bank to surrender to Texas Army National Guard soldiers stationed nearby. The soldiers kept watch over the migrants and summoned Border Patrol agents in transport vans and busses to take the migrants to a soft-sided processing facility several miles away. 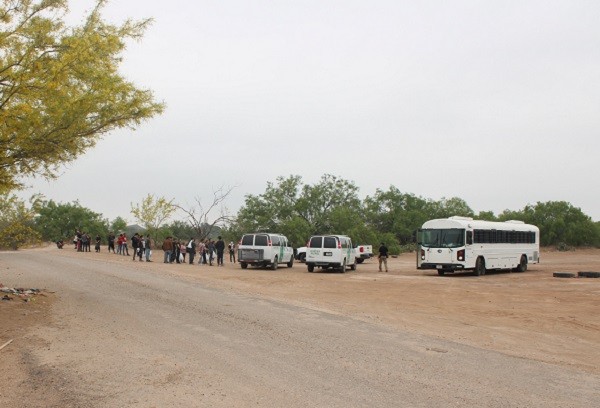 Just outside town, large groups assembled and crossed the Rio Grande as Border Patrol and Texas Army National Guard troops looked on. The migrants were escorted to awaiting transportation about one-half a mile away. There, Border Patrol agents inventoried the migrant’s personal property and prepared them for transport. 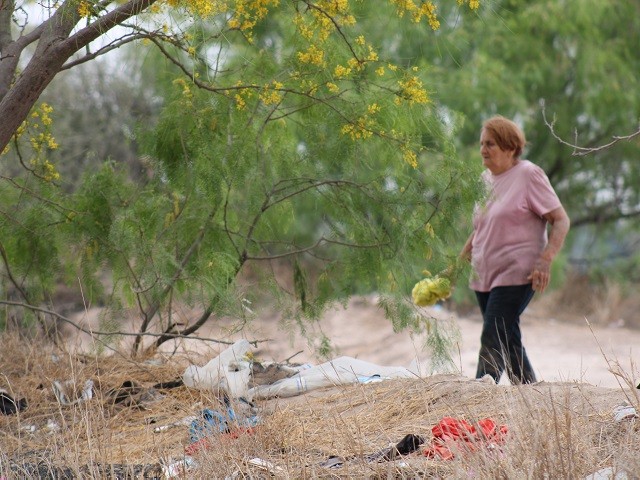 A migrant woman discards trash after illegally crossing the border near Eagle Pass, Texas, on the eve of Easter. (Randy Clark/Breitbart Texas)

As reported by Breitbart, the thousands of migrants crossing through private property to surrender have left mounds of waste, including plastic bags, clothing, shoes, hygiene items, and identity documents.

In all, Breitbart Texas observed more than 200 migrants arrested by the Border Patrol in a roughly three-hour period on Saturday. According to a source within CBP, by late Saturday afternoon, all field patrols along the border were discontinued, as agents were summoned to assist with providing security and humanitarian care for the migrants surrendering throughout the day. 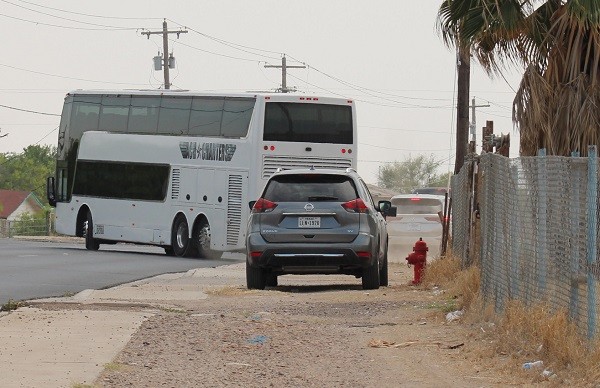 A double-decker charter bus departs from the Mission Border Hope shelter in Eagle Pass carrying up to 80 migrants to San Antonio. (A migrant woman discards trash after illegally crossing the border near Eagle Pass, Texas, on the eve of Easter. (Randy Clark/Breitbart Texas)

Across town, migrants were being released from a non-government shelter known as Mission Border Hope. Several buses departed the facility and the group has upgraded to using double-decker luxury charter buses to increase capacity over typical charter buses. The move to use double-decker buses increases the capacity from around 50 migrants to 80 per trip into the interior of the United States.

Border Patrol agents in the area say they do not expect a complete slowdown on Easter Sunday. The agency is using mandatory overtime and will afford time off for the holiday this year to fewer employees to accommodate the increased migrant flow.