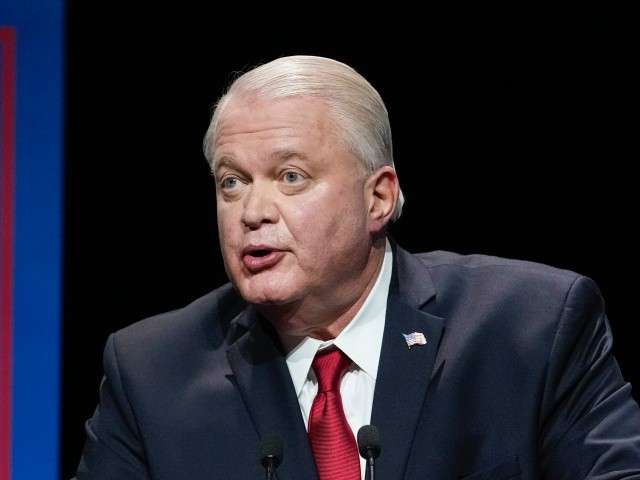 In a podcast interview from September 2021, Gibbons suggested that federal income taxes ought to be raised on middle class Americans.

“The top 20 percent of earners in the U.S. pay 82 percent of federal income tax … and, you do the math, and 45 percent to 50 percent don’t pay any income tax, you can see the middle class is not really paying any kind of a fair share depending on how you want to define it,” Gibbons said.

“Now the problem is, you need the middle class to win an election. So the narrative is, the middle class is getting screwed and the wealthy, the elite … are cheating everybody,” he continued.

In actuality, economists at the University of California, Berkeley have found that America’s wealthiest income earners now pay an overall lower tax rate than all other Americans.

The economists found that, in 2018, the nation’s top economic elite are paying lower federal, state, and local tax rates than the nation’s working and middle class. Overall, these top 400 wealthy Americans paid just a 23 percent tax rate — a 47 percentage point reduction compared to what they paid, 70 percent, in 1950.

Data from the Federal Reserve shows that the middle class — defined as 60 percent of U.S. households in the middle of all income brackets — has seen its share of national wealth plummet to just 26.6 percent while the top one percent of households have seen their share rise to 27 percent.

That data came as the nation’s richest billionaires grew their overall wealth by more than $340 billion in 2021 — much thanks to economic lockdowns that gutted working and middle class income earners, as well as small and medium-sized businesses.

Best-selling author J.D. Vance, also running for the Ohio Senate seat in the GOP primary, blasted Gibbons for the remarks.

“[Gibbons] has proposed raising taxes on middle class Americans … and you sort of look at what’s going on in our country and you recognize that Amazon, Facebook, Google, Apple they pay a lower tax rate than every middle class Ohioan,” Vance said.

“Why are we raising tax rates on any middle class Ohioan? Why aren’t we cutting their taxes? Why aren’t we cutting the taxes of businesses that are creating jobs in our state and actually fixing the real problems that exist with some of these multinational corporations that are in bed with the communist Chinese? It just shows a total distortion of priorities when we’re talking about hurting middle class Ohioans while we let all these companies off the hook,” Vance said.