Neumeister explained that two photos Heard exhibited during the trial are “the same photo treated two different ways, one was marked with the original operating system from an iPhone, which is iOS 9.3.1 on that particular photo.”

“The second photo is marked ‘photos 3,’ and it looks quite a bit different,” the metadata expert added. “It’s the photos 3.0 edit version.”

Elsewhere in his testimony, Neumeister commented on another set of photos exhibited by Heard, stating, “They are two separate exhibits, except it’s the exact same photograph that’s been — one’s been edited — the colors have been modified in an editor.” 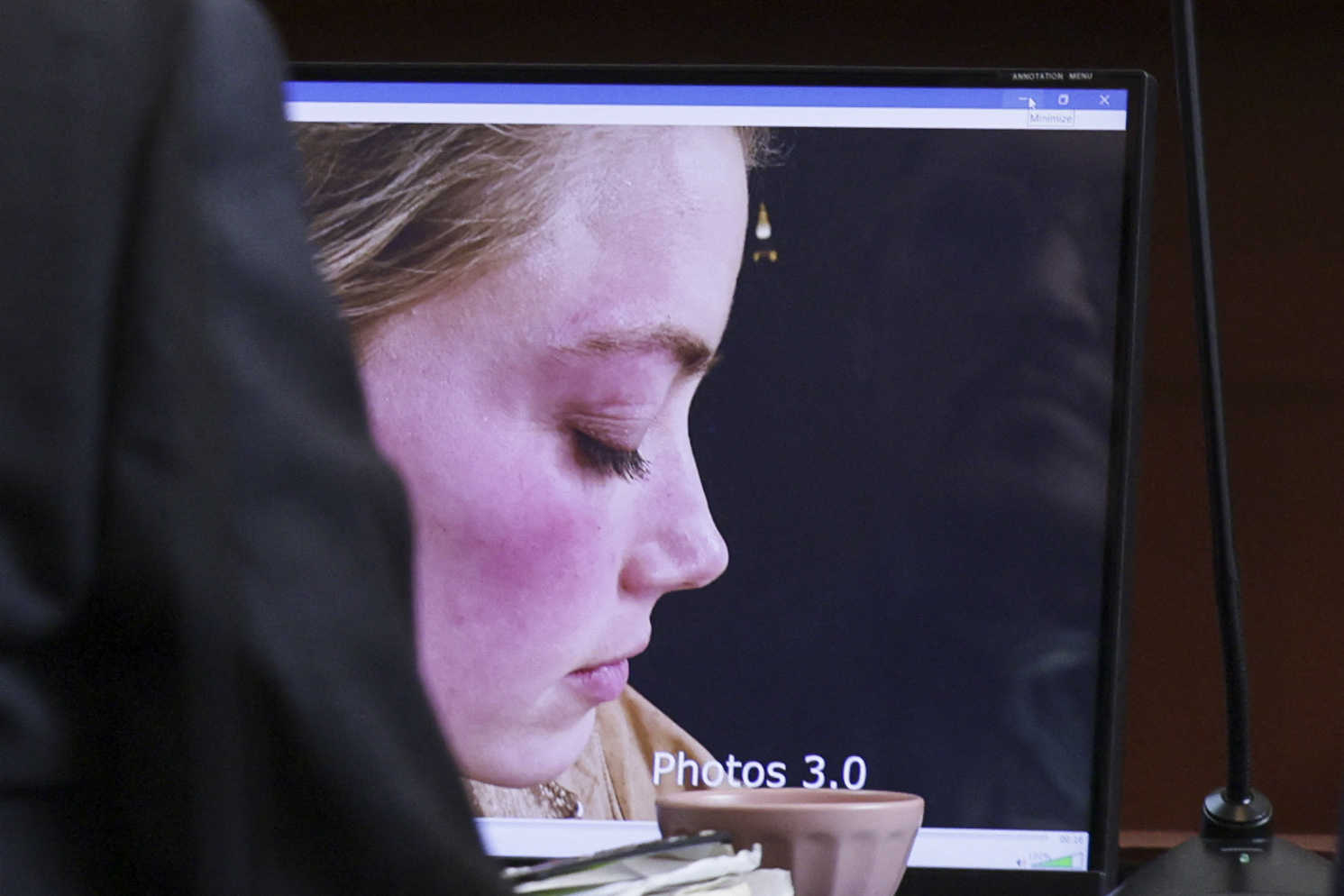 Actor Johnny Depp is reflected on a monitor displaying a picture of Actor Amber Heard during Depp’s defamation trial against his ex-wife Amber Heard, at the Fairfax County Circuit Courthouse in Fairfax, Virginia, on May 25, 2022. EVELYN (HOCKSTEIN/POOL/AFP via Getty Images)

Neumeister’s testimony pointing to multiple photos having been edited comes after Heard was previously caught changing her story on the witness stand on the subject of when the photos were taken.

The next day, however, Heard admitted the photos were likely taken on different days, telling Depp’s lawyer Camille Vasquez during cross examination that she did not know if the photos of her face were actually taken on the same day.

Vasquez also pointed out that the Aquaman actress was wearing different necklaces in one of the photos.

On Wednesday, British model Kate Moss also appeared on the witness stand, where she denied ever being pushed by Depp down a staircase — contrary to what Heard had previously suggested during the trial.

The Pirates of the Caribbean star, who vehemently denies ever striking Heard, is suing his ex-wife for $50 million, claiming that her 2018 Washington Post piece — in which she describes herself as a victim of domestic abuse — has harmed his movie career.

Closing arguments for the trial, which started on April 11, are expected to take place on May 27.