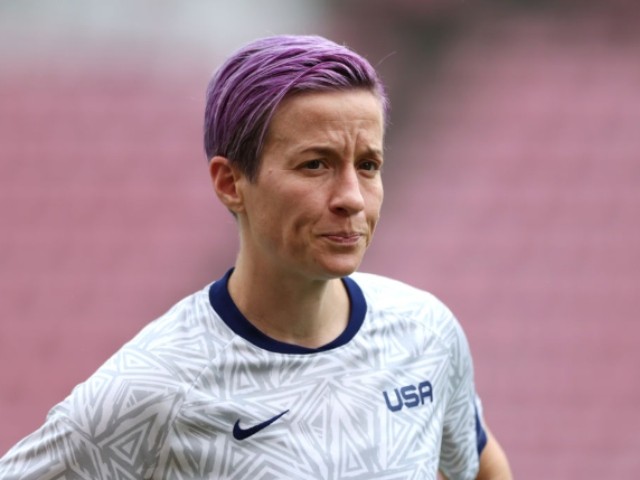 The XFL, a spring football league, partially owned by Johnson, announced its “together” campaign and revealed its mission statement this week. However, Rapinoe pointed out that the league’s logo bore a striking resemblance to her brand, TogethXR, a project founded by Rapinoe and her wife, WNBA star Sue Bird.

“Welp. This is awkward,” Rapinoe wrote on Twitter. “Only thing The Rock and XFL are gonna be cookin up is a response to the Cease and Desist and an ENTIRE new brand ID. TogethXR got this on [lock] boys.”

Welp. This is awkward. Only thing @TheRock and @XFL2023 are gonna be cookin up is a response to the Cease and Desist and an ENTIRE new brand ID. @togethxr got this on 🔒 boys. pic.twitter.com/klItJO2fJ5

Bird also tweeted about the logo.

A tweet does not serve as a legal document, and if Rapinoe intends to take legal action against “The Rock,” she will have to file a legal document. Though, one imagines that if Rapinoe had privately reached out to Johnson about her concerns, the matter could have been resolved without making it public.

Then again, discretion and displays of respect are not exactly Rapinoe’s strengths.