“We are proud to highlight the importance of inclusion and acceptance at every age and to recognize Laverne’s significant impact on culture with a Tribute Collection Barbie,” said Lisa McKnight, Executive Vice President and Global Head of Barbie and Dolls at Mattel, according to People.

Laverne Cox now has her very own Barbie doll, an honor she said is a “dream.”https://t.co/Velzg3RdBV

“I can’t believe it. I love her outfit,” Laverne Cox said. “What excites me most about her being out in the world is that trans young people can see her and maybe get to purchase her and play with her, and know that there’s a Barbie made by Mattel, for the first time, in the likeness of a trans person.”

“I think in an environment where trans children have been used as a political football,” Cox continued, “when over 250 pieces of anti-trans legislation have been introduced in state legislatures all over the country in 2022 alone, and access to gender-affirming healthcare has been denied by policies signed into law in my home state of Alabama, in Arkansas and other states… That in this environment where trans kids are being attacked, that this can also be a celebration of transness, and also a space for them to dream, understand and be reminded that trans is beautiful. That there’s hope and possibility for them to be themselves.” 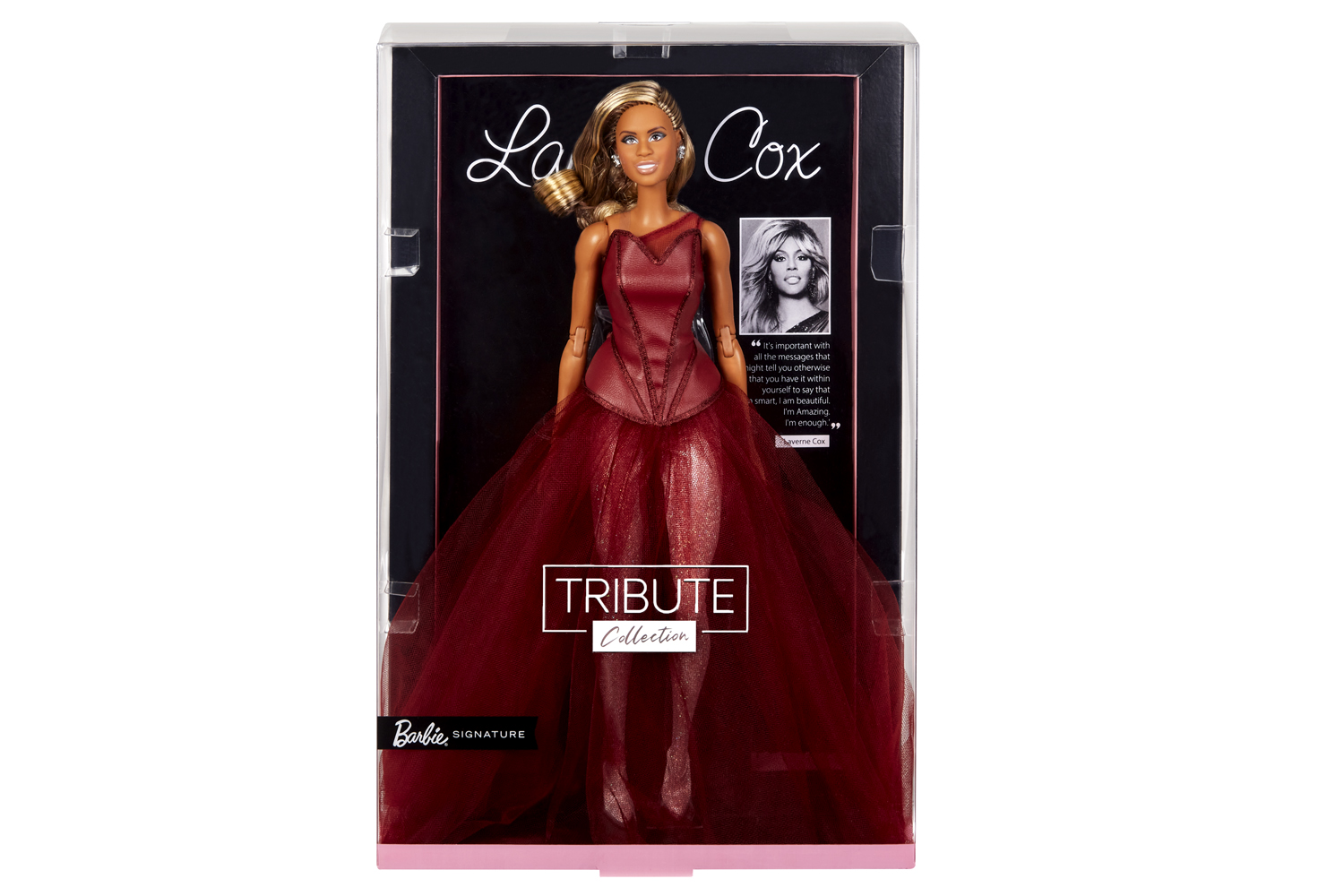 Cox also said a Barbie doll was a desired toy.

“I begged my mother for a Barbie doll, and she said no because I was assigned male at birth,” Cox exclaimed. “And when I was in my 30s, I was in therapy and telling my therapist that I was denied the opportunity to play with Barbie dolls. And my therapist said, ‘It’s never too late to have a happy childhood, and what you should do for your inner child is go out and buy yourself a Barbie doll.’”

“I played with my Barbie, and I told my mom what my therapist had said. And that first Christmas after that, my mom sent me a Barbie doll,” Cox added. “And she’s been sending me Barbies for Christmas and for my birthday.”

Cox claimed to have been “very involved” in the design process and noted that the initial plan was to have several different outfits for the doll until Mattel said the idea was cost prohibitive.

The Inventing Anna actor also said that there was a point where Mattel offered up a doll with lighter skin which the star asked to have darkened before the final design.

Last June, Cox claimed conservatives are “dehumanizing” trans kids by working to ban them from competing in sports under their chosen gender.