Italian Prime Minister Mario Draghi appeared maskless in front of masked children during a visit to a middle school in Verona on Friday.

Visiting the Dante Alighieri middle school in Sommacampagna, Verona, Prime Minsiter Mario Draghi told school children that the government hopes to lift mask mandates by sometime next year, as he toured the school without wearing a mask himself.

“I hope that next year there will be no need for masks and that the pandemic will not return,” the former European Union technocrat said according to the Italian press agency ANSA.

“I know how much you have suffered, at your age it is important to be together,” Draghi continued. “Teachers help you become aware, along with your parents, but also your friends. Being together helps to understand who you are, with love, with goodness, with joy. You have to have fun.”

Apparently unaware of the hypocrisy of the 74-year-old prime minister’s actions — he is presumably at a much higher risk of being impacted by the Chinese coronavirus than school children — the Italian government released pictures of the maskless Draghi posing with masked children and teachers. 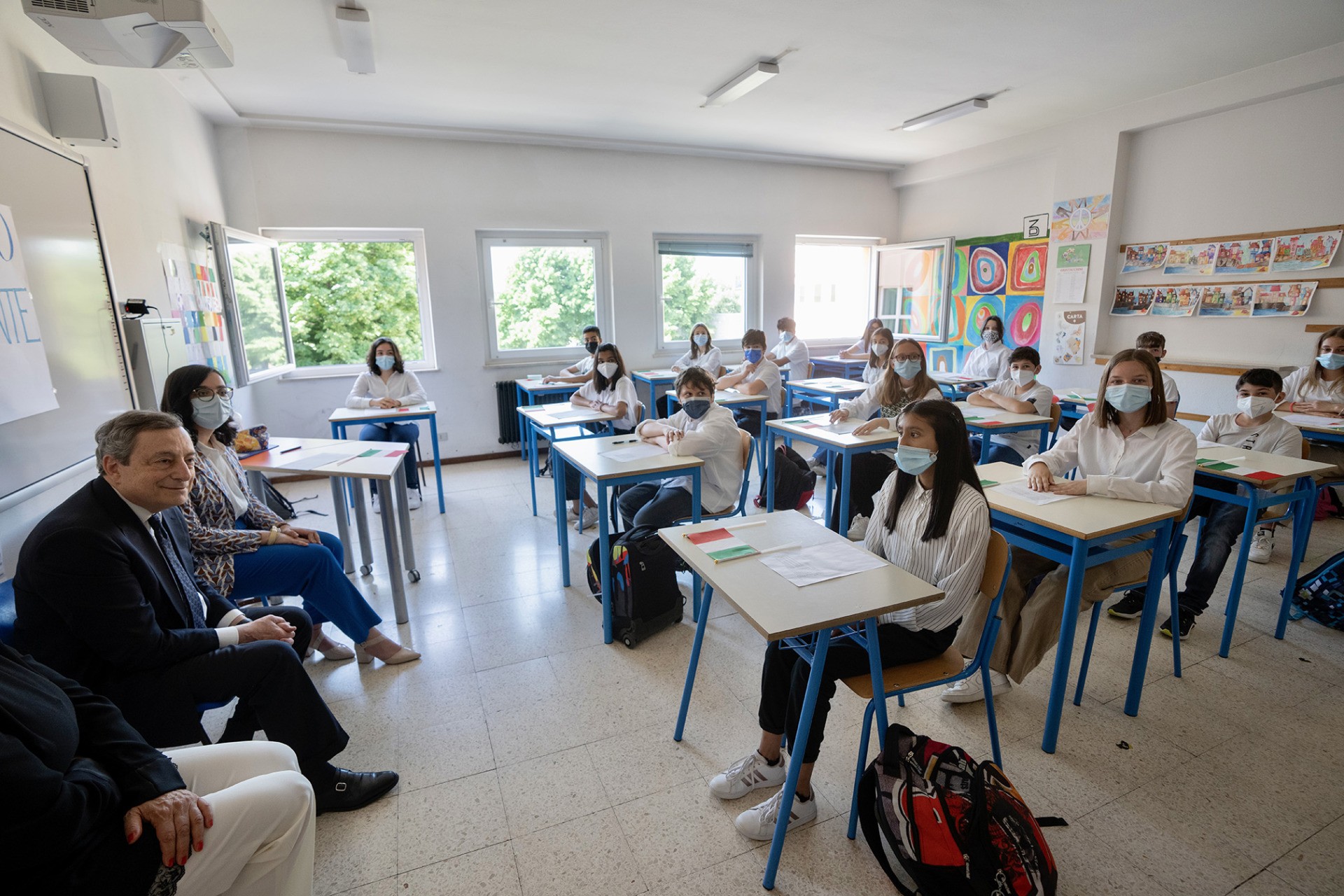 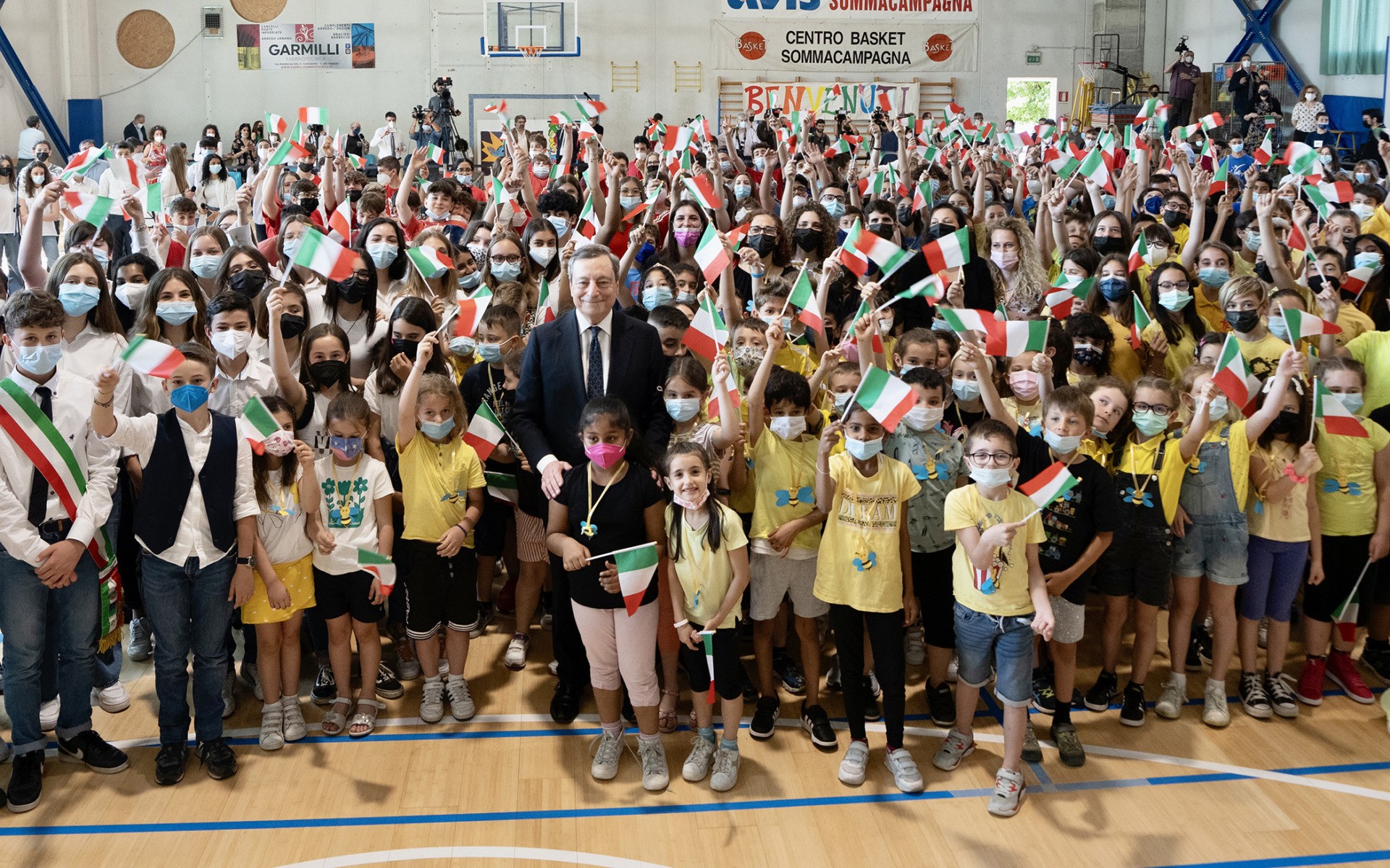 Prior to entering the middle school, the prime minister was greeted by a small group of protesters of the ‘Verona for Freedom’ movement, who demanded that the government “never” implement the so-called green pass again.

At the beginning of this month, the government finally removed the requirement for the green pass, which served as a coronavirus passport in Italy and was necessary to access many public spaces, restaurants, bars, and even public transport.

While the Covid pass regulations were lifted on May 1st, the government is still expected to issue over one million fines to people over the age of 50 in Italy for failing to take a coronavirus vaccine, which became mandatory for that age group in February.

The government of Italy, along with a few other EU member-states, including Germany and Spain, has also decided to keep mask mandates in place on flights, despite the European Union lifting the requirement at a bloc level.

Mr Draghi is far from the first politician to pose maskless with masked schoolchildren, with U.S. Democrat Stacey Abrahms sparking widespread condemnation for making the same faux pas in February while visiting an elementary school in Georgia.

Over a Million Italians Fined For Breaking Vaccine Mandate Ruleshttps://t.co/f3jzaNBZ2x